For as long as I can remember, I have been mesmerized by the night’s sky—star struck in the truest sense. When I drive in the country and see the milky way above me, I feel the grandeur of God and am in awe of His vastness. He is so great, and yet, chooses to care for each one of us with such tender care.

My dad pointed this scripture out to me when I was growing up and it has become one of my favorite scriptures because it demonstrates the majesty of God. The simple phrase, “He made the stars also,” is humorous to me because it’s mentioned as a side-note. It is like God is saying, “No biggie. Just trillions of stars I created too.”

The Vastness of our Creator

Up until Galileo invented the telescope, astronomer’s believed there were only fifteen-hundred stars in the night’s sky. Then the Hubble telescope was invented centuries later, which then aided in the discovery of the vastness of our universe.

“He made the stars also,” is a declarative statement that proves the greatness of our God.

Psalm 147:4 declares, “He telleth the number of the stars; He calleth them all by their names.”

God has enchanted our evenings with billions of stars to make the night sky full of awe and wonder. We serve a God who has created unique, intricate snowflakes to fall down from billowy clouds, causing them to glisten and sparkle over the landscapes of this world. David proclaimed in the book of Psalms that we are fearfully and wonderfully made and Luke declares that every hair on your head is numbered. We truly serve an incredible God.

The next time you feel insignificant or unimportant, reflect upon these scriptures. God has every star named. You are more important than all the stars added together. God cares so much for you that He came to earth and was crucified for your sins and mine. He has created this earth, the stars, the moon, and everything else for our enjoyment. You are worth more than many sparrows (Matthew 10:31) and He knows every hair on your head (Luke 12:7). 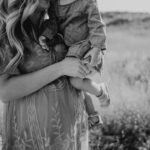