What David said was overheard and reported to Saul, and Saul sent for him. 1 Samuel 17:31, NIV.

Up until just a few days ago I thought that David presented himself before Saul to fight Goliath. However, the above scripture explains that someone heard what David was saying about the uncircumcised Philistine and reported everything to the King. Saul, being intrigued, sent for David.

One of my favorite scriptures about respectability is, “Most men will proclaim every one his own goodness: but a faithful man who can find?” Proverbs 20:6, KJV.

When in the presence of the King, David does not expound on his prowess, rather he speaks of the power of God. Even though Saul does not see a victory possible by this young man standing before him, he listens as David boldly declares his reliance on the Lord and repulsion toward Goliath. It was evident the Lord was with David.

David didn’t have to prove to anyone who he was. Instead, he exalted the power and might of his God and allowed God to open a great door for victory.

The enemy wants you to doubt your purpose in the Kingdom of God. However, when you realize the power and authority you have, not in yourself, but in the power of almighty God, then you have become a force to be reckoned with. God wants you to have confidence in Him.

The LORD is my light and my salvation— whom shall I fear? The LORD is the stronghold of my life— of whom shall I be afraid? When the wicked advance against me to devour me, it is my enemies and my foes who will stumble and fall. Psalm 27:1–2, NIV.

Today, dear reader, God goes before you. Continue to speak of His goodness and have confidence in the Lord. 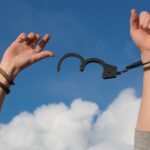 In The Secret Place