When you hear someone talk about the book of Exodus, what story do you think of immediately? Perhaps the story of the burning bush, or the deliverance out of Egypt, or the crossing over the Red Sea. Those are all wonderful accounts of God’s power and authority, but I would like to focus on a person who is not on the highlight-reel—Moses’ mother, Jochebed.

When we read Exodus chapters 1 and 2, we learn that Jochebed had jurisdiction over the evil decree was given by Pharaoh.

Exodus 2:2 says, “And the woman conceived, and bare a son: and when she saw him that he was a goodly child, she hid him three months.”

Giving birth during a decree to kill all baby boys was the world into which Moses was born. Jochebed made a courageous choice to not only deliver her baby during uncertain times but to hide her son for three months. How many mothers of the era did not make the same choice?

It’s amazing what God can accomplish through one woman who will yield herself to the Lord.

Jochebed live during a time of many injustices and was probably filled with fear that her son would be found and killed, but she had faith.

Today, this world is out of control. You may ask yourself, why have a family? Or, what can children do in such darkness?

In Exodus, God positioned Moses to be a voice of a deliverer during an uncertain time. Today, I believe that God will raise our sons and daughters to have visions, be prophets, and be prophetesses.

Exodus 2:3, “And when she could no longer hide him, she took for him an ark of bulrushes, and daubed it with slime and with pitch, and put the child therein; and she laid it in the flags by the river’s brink.”

I cannot imagine the anguish Jochebed felt as she released her beloved three-month-old infant into the dangerous waters of the Nile River.

Sometimes we read over scripture without trying to put ourselves in their shoes.

When I think of nursing my daughter, Jubilee, for the last time, putting a blanket around her, placing her in an ark of bulrushes, and sending her down a river full of alligators and poisonous snakes, my heart literally feels like it’s being ripped from my chest. I cannot fathom that kind of grief.

The thought of hearing her crying and not being able to soothe her, hold her, and comfort her would be literal torture.

It proves that Jochebed loved her family enough to entrust them in the hands of God, not knowing what the outcome would be.

Jochebed’s jurisdiction over her family led them to safety against all odds.

Jurisdiction is a territory or sphere of activity over which an individual or court has authority.

When you pray in the powerful name of Jesus, you have spiritual jurisdiction. The Bible says, “greater is He that is in me, than he who in the world.” Let’s stand up for our family and pray. You may not think your prayers have a lot of power, but they do. Never underestimate the power of one prayer or the power of obeying the Word of the Lord.

You Are God’s Precious Creation 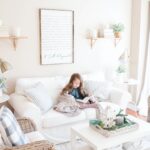