After consulting the people, the king appointed singers to walk ahead of the army, singing to the LORD and praising him for his holy splendor. This is what they sang: “Give thanks to the LORD; his faithful love endures forever!” (II Chronicles 20:21, New Living Translation)

Trouble was on the way! The report came to King Jehoshaphat that a great multitude was gathering to come against Judah. His people were facing war, and the king was frightened (II Chronicles 20:1-2).

I’m not familiar with the strategies of war, but logic says this is the time to call in the generals for planning, assemble the troops, check weapons, and gather supplies. Put everyone on high alert; move the women and children from the battle zone. At least that’s how I assume things would progress with an enemy heading for the country’s borders.

All people of Judah—men, women, and even the little children—gathered in Jerusalem at the house of the Lord and began to pray. Before any weapons were cleaned, before supplies were gathered, before the troops marched out, they prayed. And God gave them exact battle instructions.

“Tomorrow, march out against them. You will find them coming up through the ascent of Ziz at the end of the valley that opens into the wilderness of Jeruel. But you will not even need to fight. Take your positions; then stand still and watch the LORD’s victory. He is with you, O people of Judah and Jerusalem. Do not be afraid or discouraged. Go out against them tomorrow, for the LORD is with you!” (verses 16-17).

This battle was unlike any other. Marching in front of the troops were not the most skilled soldiers with swords and spears at the ready. On the front line was the praise team, singing and praising God as they led the way into battle. Can you imagine the beauty of those voices lifting up their song in praise to the Mighty God! And then, as they began to sing and praise, the miracle happened.

“At the very moment they began to sing and give praise, the LORD caused the armies of Ammon, Moab, and Mount Seir to start fighting among themselves” (verse 22).

Jehoshaphat knew He needed the Lord’s help to fight the great multitude coming against his nation. That same God who delivered the people of Judah will deliver you. How will you face the enemy? With fear and trepidation or with singing and praise? At the exact moment the people began to sing and praise the Lord, the enemy turned on itself. The army of Judah did nothing but stand still and let the Lord take over.

“This is what the LORD says: Do not be afraid! Don’t be discouraged by this mighty army, for the battle is not yours, but God’s” (verse 15).

Praise your way to victory. It confuses the enemy and it allows God to demonstrate His mighty power in your behalf. Stand still and receive your miracle. 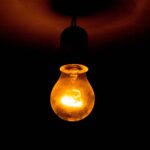