Joshua 10:12, Then spake Joshua to the Lord in the day when the Lord delivered up the Amorites before the children of Israel, and he said in the sight of Israel, Sun, stand thou still upon Gibeon; and thou, Moon, in the valley of Ajalon.

Joshua was not satisfied with a partial victory — he wanted to see a complete victory, so he prayed an impossible prayer.

Joshua 10:14, And there was no day like that before it or after it, that the Lord hearkened unto the voice of a man: for the Lord fought for Israel.

The sun stood still and the moon stopped for 24 hours.

In the natural realm, if the earth stops rotating on its axis, then gravity would be severely disrupted. Scientists suggest if this ever happened, that everything on planet earth would float up to space and that it would have devastating consequences.

However, we do not only serve a God who operates in the natural realm. We serve a god who moves within the realm of the supernatural.

We serve a God who can speak the world into existence, and also command the Earth to halt rotating and command the sun and every other external circumstance to refrain from causing a catastrophic destruction… all because ONE MAN HAD FAITH TO PRAY AND IMPOSSIBLE PRAYER.

Joshua prays that God would reverse the laws of nature and God hearkens to his petition and preforms a miracle beyond anything the world has ever experienced and will ever experience again.

Sometimes, we have to put our human reasoning aside and depend on the word of God.

My faith should never be contingent on the natural realm, but on the power of ALMIGHTY GOD.

I do not want to govern my life with natural phenomenon’s.

This is the power that we have today, not in ourselves, but in God. It is time to walk in the authority of the Lord and begin to pray for things that are impossible for us to accomplish, but with God, He is more than able. He can do anything.

I’m Going To See A Victory 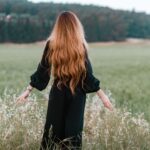