Job is one of the finest characters in the Old Testament; he was committed to his family, he was faithful to Yahweh, and his resilience to suffering is commendable.

However, Job’s friends are criticized harshly for their lack of finesse regarding Job’s torment. At one point, even Job refers to them as miserable comforters (Job 16:2, NRSV). However, Job 2:12–13 reveals a redeeming characteristic and a compelling twist of their attempt to comfort their friend:

When they saw him from a distance, they did not recognize him, and they raised their voices and wept aloud; they tore their robes and threw dust in the air upon their heads … They sat with him on the ground seven days and seven nights, and no one spoke a word to him, for they saw that his suffering was very great.

The grief Job was experiencing changed his countenance and he was unrecognizable to this best friends. Nevertheless, the devotion that Eliphaz, Bildad, and Zophar demonstrated toward their friend Job is both heart-rending and commendable.

How Did Job’s Friends Minister?

Job’s friends can teach anyone the basics of comforting someone you love: spend ample time with the grieving heart, even if it is in the silence.

If you know someone who is hurting let them know that you are there, not only by saying, “I’m here for you,” but by visiting them. It is possible that you may not have a conversation, but your presence will be an encouragement. Do not allow silence to intimidate you from ministering to someone who is grieving, it is in these times that actions often speak louder than words. 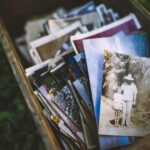