It isn’t about programs.  It’s about us.

Because programs don’t have hands and fingers and heartbeats.

But you and I do.

This is what God has been wrecking me with for the last week.

Last November, our church launched an Adopt-a-Block program called Operation 3:18.  Our mission is simple- “How can we help you?”  Our name is based off of 1 John 3:16-18:

Hereby perceive we the love of God, because he laid down his life for us: and we ought to lay down our lives for the brethren.

But whoso hath this world’s good, and seeth his brother have need, and shutteth up his bowels of compassion from him, how dwelleth the love of God in him?

My little children, let us not love in word, neither in tongue; but in deed and in truth.

Jesus has moved into that neighborhood- with human hands and feet.

I’m pretty excited about this program.  God is showing up and multiplying our efforts, much like the little boy who gave Jesus his loaves and fishes, and thousands of hungry people ate lunch that day.

But what God’s been breaking my heart over this past week is how small we are…how we humans (me) get so excited about our  little visions and programs and ideas, and God is like shaking His head, wishing we would wake up to the BIG STUFF.  The miracles, signs and wonders that He promised us in His Word.  The “greater works” that Jesus promised to His disciples as their inheritance (John 14:12).  Or the promise of the ” power that was wrought in Christ” living in us (Ephesians 1:18-20).

I am satisfied with too little.

In that moment, wrecked over the smallness of my dreams, I had a vision of God holding out an enormous gift box and lifting the edge of its lid…inviting me to SEE.  Summoning me to be part of His Heaven-sized vision for this small place we call Earth.

Not that programs like Operation 3:18 aren’t His plan- they are!  Reaching out to people with no strings attached, just out of pure friendship and love- that’s Jesus personified!  But God is showing me that I’ve stopped so short- we all have.  God longs for us to have an insatiable hunger- “Blessed are those who hunger and thirst after righteousness, for they shall be filled.” (Matthew 5:6)   When we catch a glimpse of what Jesus can do when we answer His call to GO and LOVE, let our prayer be, “Lord, SHOW US MORE! We want to see Your glory FILL the earth!  Show us Your glory, God!”

So programs and worship services and conferences are all really nice, but they don’t mean a thing until we occupy them.  Because WE are the church.  WE are the “program”.  You and me.

If you and I really want to see a God thing take place in our life, neighborhood, community, and beyond, the only way is ALL IN.

I think Jesus summed this up pretty well in His parable of the Good Samaritan:

But a Samaritan who was traveling came to where the injured man was, and when he saw him, he felt compassion for him.  He went up to him and bandaged his wounds, pouring oil and wine on them. Then he put him on his own animal, brought him to an inn, and took care of him.  The next day he took out two silver coins and gave them to the innkeeper, saying, ‘Take care of him, and whatever else you spend, I will repay you when I come back this way.’

This is Love. This is fulfilling the greatest commandment, “Love your neighbor as yourself”.  He poured oil and wine into this stranger’s wounds.  Oil and wine aren’t cheap commodities now, and they weren’t then, either.  Then he carried this broken man on his own mule until he found a hotel, and paid for the guy’s room and board out of his own pocket.  Oh, and he told the innkeeper to pull out all the stops in taking care of him, because he would pay him back when he returned.

Love costs us.  To reach our world, we have to pour ourselves into the hurts and messes and untidy lives of people like you and me, with a God-sized vision of what will happen when we do.

The point is to jump in, with no reservations, boundaries, limits, whatever.  The Good Samaritan, as far as I can tell, didn’t give the innkeeper a budget. He just told him he would repay him “whatever else” he spent.

Again, I’m not writing this from my soapbox of “This is how it’s done, y’all, watch me.”

Not at all.  I’m writing this after having that God moment last week where He showed up and showed me my imperfect self in the mirror of His perfect Love and told me that He’s looking for someone who isn’t so easily satisfied.  Someone who is ready to dive in to His plan with no back-up plan, no life preserver, and no way out.

I saw myself way too clearly in that moment.  It became abundantly clear to me that If I’m for real about this God Thing of loving people and seeing my world changed, that I’ve got to change first.  Because until now, I’ve just been hanging out on the shore.  Dipping my toes into the water’s edge before running back to the safety of solid ground.

God showed me, in that raw moment with Him, that I’ve been tricking myself into believing that I was all in, when I’ve just barely gotten my feet wet.

And in that same moment, instead of stomping on my broken heart, He offered me an invitation.

No condemnation, no guilt trip, no “What in the world is wrong with you?” (I love that about Jesus!)

An invitation to dive in.

To take a peak into the Box that contains His Dream.

Instead of adopting a block, to adopt His heart.

Instead of filling my weeks with appointments, to be open to His Divine Appointments.

And instead of just putting my time in, to give Him my time.  All of it.  Then let Him decide when I am to work and love and rest and play.

And what was my answer?

So my new journey starts today.

What about you?  Do you hear His invitation to dive in?  What will you say? 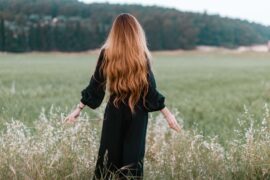