The walls of Jericho seemed indestructible. God gave them instructions as the Israelites stared up at those fortified walls. He didn’t tell them to go up and storm the city; that would have been a suicide mission. Instead, they were directed to walk daily around the city for seven days. They marched, they camped, and they waited for God to move.

Each day as they made the long walk, it increased their faith and their expectation that God would move miraculously in their situation. They had a promise. They didn’t question; they knew God was ordering their steps. If the Israelites had not had that daily walk with Him, those walls would have never come down. But they faithfully continued putting one foot in front of the other as they leaned into His promise.

On that seventh day of walking, even more, was required. They had walked once for the previous six days and went home. Today, God told them to walk seven times! They had to be weak and weary, but their trust in God was strong.

On the seventh time on the seventh day, it was time to shout! They shouted with victory, with expectation, with joy! And when they did, the walls of that city were no match for the matchless power of Almighty God!

Joshua 6:20 (TLB)states, “So when the people heard the trumpet blast, they shouted as loud as they could. And suddenly the walls of Jericho crumbled and fell before them, and the people of Israel poured into the city from every side and captured it!”

What walls are you staring up at today? Jesus has given you the power to overcome every obstacle in your path. But, you have to have a daily walk with Him. Daily reading His Word, daily prayer time, daily putting one foot in front of the other, faithfully walking with Him.  Jesus will order your steps, but He won’t do the walking for you. You have to put your own feet down and march! You are walking a lot more than you are shouting, but oh, on that seventh day! You can shout, you can jump, you can claim victory! Those walls are scattered around your feet!

Shelly Stringfellow is the blessed wife of Roy for the past thirty-nine years, a proud mother of two exceptional adult children, Candace and Jordan, and Mimi, to the two cutest grandbabies ever, Ellainya and Selah. She loves reading and writing but is not a fan of ‘rithmetic! She attends Lighthouse Church in Princeton, Texas, where her son-in-law and daughter pastor. 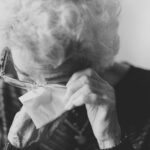 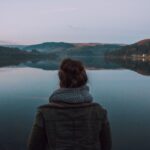 Going Into the Deep: Finding Your Calling in Christ