“And James and John, the sons of Zebedee, come unto him, saying, Master, we would that thou shouldest do for us whatsoever we shall desire.” Mark 10:35 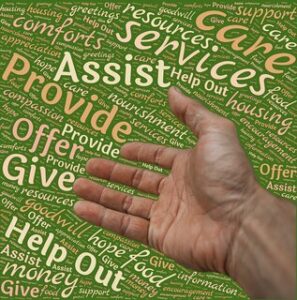 As we travel along the road to Jerusalem, we see two of the disciples walking a bit apart from the other ten. Jesus had chosen these two brothers and they left their fishing boats to follow Him. They had been with Jesus during His transfiguration on the mountain. They had heard all that Jesus was saying about His coming death. But their actions indicate that they still were expecting Him to set up a kingdom on earth.

Just before this, they had come to Jesus with a request. Matthew’s account speaks of their mother being with them. They were asking to receive the highest honour and to sit on either side of Jesus when He began His rule. The other disciples did not appreciate this and were angry with them. Can you see them as they walk, discussing this, wishing they could turn time back and not ask this of Jesus?

Jesus had asked them if they were able to go through the suffering that He was facing and even face death. They acknowledged that they were. Then Jesus told them that they would indeed suffer, but that the positions were not His to give. They discussed what those words meant and wondered just what the future held for them. And while they questioned, they waved their palm branches and worshipped with the crowd.

Although Jesus did not give them details, He knew what each of them would face in the future. In His mercy, He did not reveal it to them. He knew that even though their desires at this point were not the highest, after His death and resurrection, they both would remain His followers and be willing to do whatever He asked of them. We know that in just a brief time after this James would lose His life because of His preaching about Jesus. John lived to be an old man, but he too faced times of great suffering because of his faith.

Jesus knows our talents and abilities. He knows our heart even better than we know it ourselves. In His love and mercy, He does not reveal our future to us completely. He just asks us to walk step by step, one day at a time. When we yield to the leading of the Holy Spirit, He will open the doors that need to be opened and close the ones that are not His will. We do not have to promote our gifts and callings. In His time, He will make a way for the ministry He has for us. It is all a matter of trusting Him with every area of our life. In the meantime, we keep reading His Word, spending time in prayer, and worshiping Him with all our hearts.

Prayer: Jesus, we thank you for the gifts and abilities you have blessed us with. We do not know what the future holds, but we do know that it is in your hands. May we be willing vessels for your Kingdom.