“Howbeit certain men clave unto him and believed: among the which was Dionysius the Areopagite, and a woman named Damaris, and others with them.” Acts 17:34 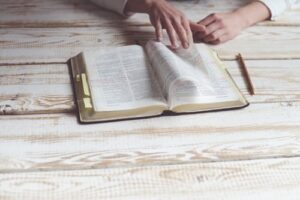 Paul had just finished his famous sermon in Athens in front of the Areopagus. He had called to their attention that he had seen an altar with the inscription: “TO THE UNKNOWN GOD.” He had then proceeded to tell them that even though they worshipped Him ignorantly, there was a God not made with hands. He preached unto them the message of Jesus Christ, who had given His life for mankind and had risen from the dead so that they too could have life. Some of them mocked him, but among the ones that accepted his message was one woman.

The Bible does not give us any details about Damaris, just that “she believed.” She is never mentioned anywhere else in the Bible. Perhaps she was one of the people who had been worshiping at this altar that Paul had mentioned, and there was a hunger in her heart to learn more and that is why she accepted Paul’s teachings and believed. Likely she shared what she believed with her family and friends. Who knows how many others came to believe because of her testimony?

Those of you who are reading this today come from many different backgrounds, cultures, and countries. Because you are reading this, I can assume that you have faith in the Lord Jesus Christ and are seeking to learn more and more about Him. As women who love the Lord, we may never see our names in the headlines, or receive any great rewards. But we can put our name in the blanks of the title statement. A woman named __________believed.

Because we believe, we have a responsibility to share what we know about the Lord, first with our families, and then to others that the Lord will lead us to. If you are a mother, let the Lord use you to teach them about salvation. One of the most important things we can do in life is to raise a child to serve God. God is not looking for people whose names are famous, he is just looking for one who will believe.

Prayer: Jesus, we believe that you are always there for us, and that you have something for each one of us to do. Lead us and guide us today. 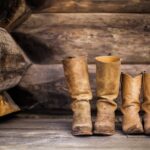 It’s For You and Your Children