“And a man lame from birth was being carried, whom they laid daily at the gate of the temple that is called the Beautiful Gate to ask alms of those entering the temple. Seeing Peter and John about to go into the temple, he asked to receive alms.” (Acts 3:2-3, ESV)

For the lame man sitting by the Beautiful Gate, it was just another day to beg a few coins to pay for his simple needs. He had always been crippled; he knew nothing else. He was there last month, last week, yesterday. Each day was much the same—being carried to the gate, begging for alms, then carried back to wherever he stayed. The coins he received today would help him exist until tomorrow.

I’ve often wondered how many times the lame man saw Jesus from his position by the gate. Did the Lord pass near him? Did he know Jesus was the healer? Did he ever call out? Jesus must have noticed the man, yet He did not stop. Was there a greater divine purpose in passing him by?

As the man prepared for another day of begging, his friends placed him in his usual spot. There he was visible to the crowds streaming toward the Temple and could call out to them, hoping for enough coins to exist. Life was not easy, but what more could he hope for?

Two men approached, and the beggar looked up in hopeful anticipation as one said, “Look at us.” Then disappointment crept in as he heard, “I don’t have any silver or gold.” But instead of walking on, the man continued, “But what I do have I give to you. In the name of Jesus Christ of Nazareth, rise up and walk” (Acts 3:6, ESV). Peter took the man’s right hand and raised him up. Immediately his feet and ankles became strong. He could walk. It wasn’t a shuffling, unsteady walk either. It was a hallelujah walk!

“And leaping up, he stood and began to walk, and entered the temple with them, walking and leaping and praising God.” (Verse 8)

People hurried to see what was happening and immediately recognized the man. They had seen him day after day, week after week. Some may have handed him a coin or two from time to time. They stared in amazement as he stood there completely healed. Peter seized the opportunity to preach a powerful message to the crowd. The lame man was an irrefutable witness to the power that comes through the name of Jesus. This was God’s perfect moment for the man to be healed.

Do we ever underestimate God’s power? Are we content to ask Him for small things—mere coins in comparison—while He is able and willing to do great things in our lives? Do we pray “give me enough to get by today” prayers instead of praying life-changing prayers? Big prayers! Someone once said, “Large asking never displeases God.” Boldly ask big.

Ephesians 3:20 (ESV) tells us He “is able to do far more abundantly than all that we ask or think, according to the power at work within us.”

When the lame man was healed, walking and leaping into the Temple, the crowd witnessed the power of God at work right in front of them. God was glorified. When we allow God to do what only He can do, His name is glorified. He wants us to ask largely. 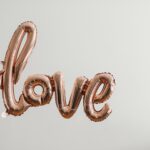 Not Just a Few Bites