“The LORD told Gideon, “With these 300 men I will rescue you and give you victory over the Midianites. Send all the others home.”

In Judges chapter seven, Gideon is preparing to go to war with his army against the Midianites. He starts off with 32,000 warriors, but the number is quickly reduced to 300. I imagine they felt strong and confident on their way to battle with 32,00 men, but looking around at a measly 300 men was probably a little daunting.

Verse 12 tells us that “the armies of Midian, Amalek, and the people of the east had settled in the valley like a swarm of locusts. Their camels were like grains of sand on the seashore – too many to count!”

I can imagine these 300 men questioning within themselves if going into this battle was really the smart thing to do. The army they would be facing was a force to be reckoned with, outnumbering them by more than four to one.

Have you ever felt like this in your life? As though the battle you are facing can’t possibly be won, and that there’s no hope of you coming out the other side victorious?

Even when it seems we are outnumbered and sure to lose, God bridges the gap where our humanity fails us and gives us victory!  We absolutely need God, but there are some things we can do to help us in our battles.

Read the word – Let His inspired word saturate every part of your life. Read it, study it, store it up. It’s a powerful weapon!

Trust in Him – There will be times when your battle already appears to be lost, but plant your feet firmly on the truth that God has never failed and He never will!

God, help me to see that You already have victory over my current situation. You are on the throne and in absolute control. 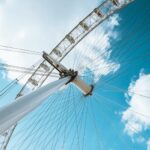 What God Has Given Us