When I think of discipleship, I think about Barnabas and John Mark. Paul and Barnabas brought John Mark on a missionary journey with them. I am sure one of their goals was to mentor this young man, but it was not long before Mark became homesick for Jerusalem.

Something happened in John Marks life that made him realize ministry was not as glamorous as he had imagined.

However, there was something Barnabas saw in John Mark; He was so confident of the ministry that God had given him that he separated himself from his good friend and fellow minister, Paul, intending to give Mark a second chance. When I was younger, I was a John Mark, and I am so grateful for the Barnabas’ who saw something in me after I walked away from God as a teenager. I am thankful for the people who looked past my outward appearance and apparent lack of talent and encouraged me, loved me, and said, “I believe in you,” even when I failed miserably. John Mark needed a Barnabas to give him another chance, and I needed a Sister Ann to speak life into my broken spirit. It is amazing what four simple words can do,

There is a book of Mark because there was a Barnabas.

Barnabas took John Mark, the inconsistent young man, and invested time, prayer and energy into him until Mark became a respected servant of the church. Even Paul in his later years said that John Mark was profitable to him for the ministry (2 Timothy 4:11).

Many teachers, youth workers, pastors, and parents are in similar positions today. A parent consoles a seventeen-year-old who did not get asked to the Christmas banquet. A teacher discovers one of their seventh graders is disturbed and distracted by their parents impending divorce. A pastor prays silently beside the hospital bed of a teenage girl who attempted suicide. A volunteer youth worker chats over fries and a coke with a high school senior about his options for college.

In the quest to disciple people, I desire to be a Barnabas in someone’s life. My goal is to invest in others and to genuinely believe in them and their ministry. I will also continue to recognize the importance for my leaders to speak a word of guidance into my life.

Prayer: Lord, thank You for placing people in my life that have demonstrated godly attributes and characteristics. I pray that You would bless those who have blessed me. Also, I pray that You would give me opportunities to mentor people. I desire to  believe in people and see hidden talents and ministries in someone. In Jesus name. 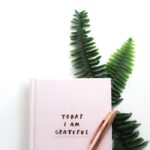 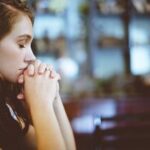