The first sentence of a newspaper article grabbed my attention: “Morality evolves constantly,” the writer boldly declared. He went on to list many things considered taboo fifty years ago that are now considered acceptable behavior. Was he confused about the meaning of morality—or was I? Can morality change? Or is it only man’s perception of what is moral that changes?

Morality is defined as: “(1) The quality of being in accord with standards of good or right conduct. (2) A system of ideas of right and wrong conduct. (3) Virtuous conduct” (Webster’s II New College Dictionary).

Virtuous conduct is another term for righteous living. True righteousness is not defined by man but by God. The taboos that the writer was so happy to see vanish are things that the Word of God pronounces to be sin. God’s laws do not “evolve constantly.” Psalm 119:89 declares, “For ever, O Lord, thy word is settled in heaven.” What was once sin remains sin. (Also read Luke 21:33.)

The words of the article sounded hauntingly familiar as the writer continued that we should “let them find their own way to live.”

One of the most tumultuous times in the history of Israel was during the period of the judges. The people were on a rollercoaster ride—plunging into deep trouble when they turned away from God followed by repentance and restoration. Then, as they once again forgot God, the cycle repeated itself over and over. The last verse of the Book of Judges concludes, “In those days there was no king in Israel: every man did that which was right in his own eyes.”

The Danger of “what feels right”

It is a dangerous thing for men to live according to what they feel is right rather than upon the Word of God.

God is just. He demands no more from me than from you. He does not have one standard of behavior for someone in North America and another standard for someone living on the other side of the world. If a behavior is sin in New York or Montreal, it is also sin in Shanghai, London, and Johannesburg. God’s laws do not change with time, place, or culture. What was moral and righteous for the first-century church is still the same today. What was sin then is still sin now.

God is fair and impartial in His judgment.

Since God’s Word is forever settled, we must conclude that morality does not constantly evolve. Society may change how it views adultery, homosexuality, abortion, pornography, pedophilia, and other such willful and sinful acts, but God will not.

God’s people everywhere can unite under His banner of righteousness, knowing that “the Lord hath set apart him that is godly for himself” (Psalm 4:3).

Lord, help me to align my life with Your Word rather than with the thoughts of man. Search my heart and reveal to me anything that opposes true righteousness. Keep me pure in all my ways. 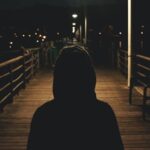 Sharing God And Being The Church