They called on the name of Baal from morning till noon. “Baal, answer us!” they shouted. But there was no response; no one answered. And they danced around the altar they had made… So they shouted louder and slashed themselves with swords and spears, as was their custom, until their blood flowed… But there was no response, no one answered. Then Elijah said to all the people, “Come here to me.” They came to him, and he repaired the altar of the Lord, which had been torn down. 1 Kings 18:26-30 NIV.

Notice that Baal’s followers were sincere; they were hyped up and energetic, and they had faith that Baal would hear their shouts and believed the fire would come. But the fire did not come.

It does not matter how sincere you are or how many good works you do; if you accomplish things in your own flesh, fire will not come.

YOU CANNOT FIGHT A SPIRITUAL BATTLE IN THE FLESH

What are some things we try to accomplish in our flesh rather than relying on God?

With the stones he built an altar in the name of the Lord… he said to them, “Fill four large jars with water and pour it on the offering and on the wood.” “Do it again,” he said, and they did it again. “Do it a third time,” he ordered, and they did it the third time. The water ran down around the altar and even filled the trench. 1 Kings 18:31-35 NIV

Elijah took the most precious commodity in their nation, WATER, and used it to show the nation that they need God more than natural resources.

One of the most valuable lessons we learn as a Christian is when we are stripped of all of our material goods and comforts and realize Jesus is all we need when Jesus is all we have.

Then the fire of the Lord fell and burned up the sacrifice, the wood, the stones and the soil, and also licked up the water in the trench. 1 Kings 18:38, NIV.

Elijah was anointed to reveal the power and authority of the God of Abraham, Isaac, and Jacob. He knew who went before him.
We, as Christians, need to know whom we are facing but more importantly, who goes before us. If you do not know who you are, you will not be able to exercise your authority. Know who you are and know who goes before you.
The Bible commands us to present our bodies as a living sacrifice. Your body may be broken, stricken in years, and in need of a good, old-fashion prayer meeting. Today, let’s repair the broken altar’s of our lives and pour out our tears before the Lord—fire still falls on wet altars.
1 Kings 18:26-301 Kings 18:31-351 Kings 18:38AltarsAngela OvertonElijahfirePrayer
4 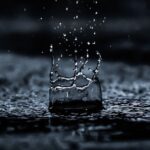 I Hear the Sound of Abundance of Rain