What type of person are you? An optimist sees life as a glass half-full, but a pessimist sees it as half-empty. We often look at what we don’t have rather than what we have. I remember, a wonderful old preacher, Bro. C.B. Dudley, who used to say, “Every little bit added to what you got makes a little bit more.”

In the story in Matthew 14, a large crowd had gathered to listen to Jesus teachings. They were far away from any place that they could obtain food, but they were hungry. Jesus told his disciples to feed them. Despite all the miracles that they had seen Him perform, it seems their faith did not reach far enough for a miracle to happen here. After searching through the crowd, they told Jesus that all they had was a small lunch, enough to feed one person. They focused on what they lacked rather than on what their Master could do with what they had.

When the small amount of food they had was placed in the hands of Jesus, it multiplied until it was more than enough to feed the large crowd of five hundred men, plus the women and children. I would like to think that they disciples were very excited as they received the broken bread from the hands of their Master and began to distribute it among the people.

How often do we tell the Lord what we don’t have, instead of realizing that He has given us all gifts and talents and all He asks is that we place them in His hands and let Him use us as He sees fit. We can be a blessing to others as we give our all to Him and let us lead and direct our paths.

Prayer: Jesus you know our strengths and our weaknesses. Help us to give our all to you and let you use us in your kingdom. 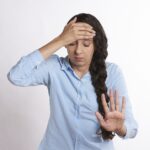