It’s a new year and a new day dawns. I love a new year for all it represents: the excitement of ringing out the old and welcoming the new, the wonder of where I’ll go and what I’ll do. Will a dream be fulfilled this year? It’s a time to take stock: Am I living with purpose? Have I released yesteryear once and for all? Hope springs eternal when I look forward, expecting the good.

I grew up on the mission field in Norway and Sweden. Europeans view the New Year as a major event. Traditions vary: Spaniards eat one grape for each stroke at midnight; Scandinavians celebrate with fireworks and bonfires. A New Year’s Eve tradition in Southern Italy speaks of letting go to make room for something new. Custom dictates that individuals part with an item, usually a possession. These old items are tossed out the window, and the last day of the year is one of decluttering and releasing. Ergo, the first day of each New Year becomes a day with some freed-up space for that new end table, bookcase, or trinket.

Certainly, it feels good to rid your home of old, unwanted things. It sounds simple in terms of possessions, but in terms of releasing crippling memories and bad moods that have taken root, this scenario requires focus, dedication, and perseverance.

In January 2012, I was suddenly thrown into the uncharted territory of divorce. I hadn’t prepared ahead; I hadn’t read the guidebook. I was, after all, the queen of travel guides, never traveling without one. I found myself on Lonely Planet and the DIY guides offered little direction: no balm existed for the searing pain of one flesh being ripped into two. All I could see was chaos.

Then I understood why God hates divorce. God is grieved to see the masterpiece He created—the two becoming one—torn asunder. After all, He has the heart of a parent; when we hurt, He hurts.

Since the loving Creator desired good gifts for me, He went back to the drawing board, dusted off the workbench, and got to work, creating a new life with new dreams—using His math and timing. Like a kintsugi artist repairs broken pottery with gold lacquer, the master Creator smoothed off the pain and the hurt, creating a new piece that glimmers at the seams, not with gold lacquer but with His glory. The aftermath of divorce stings now and again, but that’s when I call upon God to place a little more glory within the cracks. He has plenty; the whole Earth is filled with His glory. (See Isaiah 6:3.)

God sees the finished project. We must allow Him to trim and chop, sand if necessary, and even replace. In this way, we become new. I had work to do as well: I had to release the old life to embrace the new. Every time I encountered the old life—in Walmart, at the library, at church, in the sound of a bread maker—I grieved its loss. It was necessary to acknowledge each loss as it came and spend that moment in quiet reflection. In this way I slowly began to accept my new life. I repeated my mantra “hello new life” many times in one day.

When the Master Builder decides to create a new project, we must abandon the old project. He writes a new guidebook tailored just for you. Mine began with “remember not the former things, nor consider the things of old. Behold, I am doing a new thing; now it springs forth, do you not perceive it? I will make a way in the wilderness and rivers in the desert” (Isaiah 43:18–19, ESV). The “way in the wilderness and rivers in the desert” included two missions trips, a cross-country move, a new job, and many new friends. And best of all, He brought order to the chaos.

Let’s approach this new year like Italians in Southern Italy—with a sense of releasing and acquiring. We are most successful when we allow our old, stagnant thoughts to be replaced with new, beautiful ideas. As you release yesterday’s pain, open your hand to receive God’s favor. This year, notice new mercies, live fully in God’s presence, and embrace tomorrow’s dreams today.

Paula Nilsen is an advocate for abundant life. She is a certified life coach, equipping people to deal with loss and overcome adversity. Her adult children are her ballasts and loves of her life. She works at Pentecostal Publishing House and is the author of "Hello New Life.". This article was adapted from Reflections Magazine UPCI. 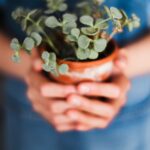 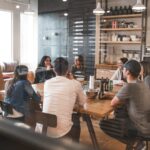 A Divine Appointment in the Lunch Line

Going Into the Deep: Finding Your Calling in Christ