“Come unto me, all ye that labour and are heavy laden, and I will give you rest. Take my yoke upon you and learn of me; for I am meek and lowly in heart: and ye shall find rest unto your souls.  For my yoke is easy, and my burden is light.” Matthew 11:28-30

God told the prophet Jeremiah to make a wooden yoke and use it as an illustration to the people of what God was planning to do.  He told them that the Lord was going to allow Babylon to take over their country as well as many other nations around him.  If they would submit to the Babylonian rule, they would be allowed to stay in their own country.  But if they rebelled, then they would be taken captive and forced to leave their country.

In Jeremiah chapter 38, we see Jeremiah going before the king with this message.  Another prophet, claiming to have heard from the Lord, took the yoke off Jeremiah and broke it in pieces, saying that within two years they would be delivered from the oppression of Babylon.  Jeremiah responded with a new message from God in verse 13, “You have broken a wooden yoke, but you have replaced it with a yoke of iron.”

When we give our lives to Jesus Christ, we come under subjection to Him.  But that yoke is so much lighter than the yoke of sin, that the world offers us.  There are many voices in the world that would tell us we are missing out on a lot of things. I have heard young people say that they want to go out and partake of the things of the world and see what it is like.  They do not realize that they are stepping away from the Lord and taking on themselves yokes of iron that will eventually destroy them.

Jesus said His yoke was easy and His burden was light.  He gives us rest and peace, something this world can never do.  It is not a hardship to bear His yoke, because He is always there for us, giving us strength and guidance.

Prayer:  Jesus, thank you for the rest and peace that we find in you, a shelter from the world, and our strength and guide. 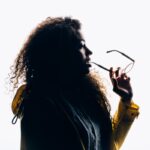 The Trial of Trust

Not What We Deserve