“To whom He also presented Himself alive after His suffering by many infallible proofs, being seen by them during forty days and speaking of the things pertaining to the kingdom of God.” (Acts 1:3, NKJV)

I grow weary of listening to the daily news. Many times, I wonder whether the reporter is giving a true report of events or is just presenting a slanted view as the truth. The two are not the same. One is based on indisputable fact while the other may be biased toward a certain point of view. It leaves the listener questioning what to believe and what to ignore. It’s an age-old problem, even though we now have modern media.

The religious leaders of Jesus’ day did not want to accept that Jesus did indeed resurrect from the dead. If they could cast doubt on the event, they could discredit reports that He was alive. But how do you discredit 500 eyewitnesses? (See I Corinthians 15:4-8.) The problem was not with the evidence; it was irrefutable. The problem was with the stubborn hearts of the people.

In the story of the rich man and Lazarus in Luke 16, the passage concludes with this: “But he said to him, ‘If they do not hear Moses and the prophets, neither will they be persuaded though one rise from the dead” (verse 31). Hard hearts refuse to listen.

Acts 1:3 speaks of the “many infallible proofs” of Jesus’ resurrection. When something is infallible, it is unquestionable, absolutely trustworthy, conclusive, or incapable of error. The stone was rolled away; the tomb was empty, and the grave cloth was folded. It happened!

During the forty days following His resurrection, witnesses saw Jesus multiple times. He ate with them, taught from the Scriptures, and performed miracles. They heard Him speak and touched His wounds. He invited them to “Behold My hands and My feet, that it is I Myself. Handle Me and see, for a spirit does not have flesh and bones as you see I have” (Luke 24:39, NKJV). These were actual events that they witnessed.

Perhaps one of the strongest proofs that Jesus rose from the dead was the believers’ willingness to suffer persecution and even died rather than deny their beliefs. If the resurrection was just a fable, a fabricated story, no rational person would die to protect a falsehood.

Even today, many try to discredit or ignore the truth of God’s Word. Pew Research says that in the U.S. three in ten are “nones” (atheists, agnostics, or “nothing in particular”). Yet, no matter what others believe or do not believe, we have been given infallible proof that Jesus conquered death. Because He lives, we too will live eternally. We have resurrection power.

“Jesus said to her, “I am the resurrection and the life. Whoever believes in me, though he die, yet shall he live, and everyone who lives and believes in me shall never die. Do you believe this?” (John 11:25-26, ESV)

Thank You, Lord, for the hope we now possess. Because You conquered death, this same resurrection power will raise us up as well. We have the promise of life eternal with You. 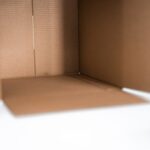