And many women who followed Jesus from Galilee, ministering to Him, were there looking on from afar, among whom were Mary Magdalene, Mary the mother of James and Joses, and the mother of Zebedee’s sons (Matthew 27:55-56, NKJV).

Now there stood by the cross of Jesus His mother, and His mother’s sister, Mary the wife of Clopas, and Mary Magdalene. (John 19:25, NKJV)

Who was at the cross with Jesus after the rest of His followers had deserted Him?  Which of His followers remained by His side in the most difficult moments of His life?  Who stayed by Him and watched Him suffer?  Helpless to save Him, but refusing to leave Him?

His women followers.  The women whose lives He had changed and delivered.  Matthew states that there were many women watching Him from afar, and the book of John tells us that His mother, His mother’s sister, and Mary Magdalene were standing by the cross.

Apart from John, His closest friend, none of these accounts mention the rest of Jesus’ disciples being at the foot of the cross, or even watching from afar. In Luke 23:49, the writer states that “all his acquaintance, and the women that followed him…stood afar off, beholding these things”.  But none of the writers of the Gospels mention Jesus’ disciples being by the cross or watching from a distance.  The only men that are mentioned at the time of the crucifixion are Nicodemus, Joseph of Arimathea, the soldiers, the centurion, and the two thieves on the crosses beside Him.  None of these men were His disciples.  They weren’t His friends or His close followers.  Yet in all four accounts, each writer mentions the many women that were by Him during the crucifixion.  They all mention his mother Mary, Mary Magdalene, and the other Mary being there, watching Him.  Standing by Him, watching Him bleed and gasp for air.  Watching Him die.  They couldn’t tear themselves away from the One they loved.

Their devotion doesn’t end at the foot of the cross.

When Joseph had taken the body, he wrapped it in a clean linen cloth, and laid it in his new tomb which he had hewn out of the rock; and he rolled a large stone against the door of the tomb, and departed. And Mary Magdalene was there, and the other Mary, sitting opposite the tomb.

They remained with Jesus well after His last breath.  They watched the soldiers take His body down from the cross.  Weeping, they followed Joseph as he carried Jesus’ broken body to the tomb.  Joseph then wrapped His body in clean linen and laid it in the tomb, sealed its opening with a large rock, and left.  But Mary Magdalene and the other Mary stayed.  They sat by His tomb.  They couldn’t walk away from the One they loved.  Who knows how long they lingered there.  I wonder which of them finally caught the eye of the other and whispered, “It’s time to go home”.  They knew that once they left His side, it would be officially over.  They they would have to face the finality of His last words, “It is finished”.

Eventually, they did go home.  But as we know…that’s not the end of the story.

Now after the Sabbath, at dawn on the first day of the week, Mary Magdalene and the other Mary went to look at the tomb.   Suddenly there was a severe earthquake, for an angel of the Lord descending from heaven came and rolled away the stone and sat on it. His appearance was like lightning, and his clothes were white as snow. The guards were shaken and became like dead men because they were so afraid of him. But the angel said to the women, “Do not be afraid; I know that you are looking for Jesus, who was crucified. He is not here, for he has been raised, just as he said. Come and see the place where he was lying.  Then go quickly and tell his disciples, ‘He has been raised from the dead. He is going ahead of you into Galilee. You will see him there.’ Listen, I have told you!” So they left the tomb quickly, with fear and great joy, and ran to tell his disciples. But Jesus met them, saying, “Greetings!” They came to him, held on to his feet and worshiped him. Then Jesus said to them, “Do not be afraid. Go and tell my brothers to go to Galilee. They will see me there.”

Who were the very first ones to see Jesus after His resurrection?  The women who loved, adored and worshiped Him.  His most adoring fans.

Why were they His closest followers?  Why did they stay until the last possible moment?  What was it that had woven their hearts so tightly with His?

I have several thoughts on this.

Number one, it is how God designed women from the beginning. In Captivating, authors John and Stasi Eldredge describe the woman as “endowed with fierce devotion, an ability to suffer great hardships…”, “powerful and tender, fierce and alluring”, “passionate and powerful, …beautiful as warriors”.

I have to insert here a beautiful example of the strength and endurance of Woman. This is the Facebook status of the husband of a friend of mine who just gave birth this week.  These are his words:

“As I sit in this rocking chair trying to keep [my newborn son] calm while [my wife] tries to get her first hour of sleep in three days, I cannot help but be in awe of what an incredible woman God has given me. Without getting into all the details, she had a really really tough labor. Through it all she was stronger then anyone I have ever known and fought relentlessly to bring our baby boy into this world. She took on every curve ball that was thrown our way without any hesitation. The woman I witnessed these past three days was not just the mother of my newborn son, but a fierce, powerful creature. Not an hour went by that I wasn’t exponentially more impressed by her. She truly is one of a kind and the most amazing person in the world. I love you, and I will never forget what you went through to give us a son. Best wife EVER!”

Fierce.  Strong.  Relentless and determined.  This is Woman, at her best.

So we see that this is one of the reasons that Jesus’ female followers stayed with Him to the end.

Now, let’s think about the essence of Man.  Man was created to display the strength of God to the world.  He was designed to “come through” and to be a Rescuer.  In order to fulfill God’s calling and design for Man, he must reject passivity and lead courageously.  I can’t imagine how Jesus’ disciples felt, helplessly standing by while Jesus was arrested, beaten, tortured, and crucified.  I’m sure they believed that they had failed.  They had failed to be courageous.  They had failed to come through for their Master and Lord.  For them, it was too late, and it was too painful to watch the result of their failure.

Women, on the other hand, were created to support and nurture and care for those around them (Woman was created for much more than that, but that’s another topic!).  They stayed, because they knew that Jesus needed them there, at His side.  These women knew that it was too late to save Him, but it wasn’t too late to love Him.  They stayed and cared for His body, long after His spirit had passed on.  They anointed His body for burial.  They remained AT HIS SIDE…because that is what Woman does best.  She remains loyal, at all costs.   She remains “fiercely devoted.” 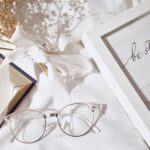 A Daily Prayer for Renewed Vision 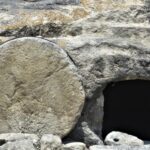 Listen for His Voice

Standing by the Cross