“And Jesus said, somebody hath touched me: for I perceive that virtue is gone out of me.” Luke 8:46.

Twelve long years. Countless doctors and treatments. Considered an outcast because of her affliction. Wondering if things would ever change. BUT then she heard about the Healer, Jesus of Nazareth, who was performing miracles.

She disguised herself, cautiously pressed through the crowd that surrounded Jesus, trying not to brush against anyone, causing them to drive her away. She felt that if she could just get near enough to touch part of His garment, she would be healed. Finally, an opening appeared, and she inched closer, stretched out her hand, and barely touched part of His robe.

Jesus stopped walking, and asked a strange question: “Who touched Me?” As His disciples were quick to point out, many would have touched Him in a crowd that size. But Jesus knew this was not just an ordinary touch. Someone with faith had reached out and He felt virtue flow from His body. Trembling with fear, and expecting a rebuke for her boldness, the woman acknowledged what she had done.

Then Jesus spoke the words recorded in verse 48, “Daughter, be of good comfort: thy faith hath made thee whole; go in peace.”

Instead of being chastised for what she had done, touching a man when she was considered unclean, this Jesus called her His daughter, and told her that she had received what she desired. Can you imagine the joy and peace that filled her soul, as she cast aside the cloak she had been hiding under, and exuberantly praised the Lord for His mercy and grace?

If you need healing today, no matter how long you have been suffering, let your faith arise. The same Jesus that healed this woman is still healing people today. He is the great Physician, and as the prophet Isaiah said in Chapter 53, Verse 5,

“But he was wounded for our transgressions, he was bruised for our iniquities: the chastisement of our peace was upon him; and with his stripes we are healed.”

Jesus still heals broken bodies. Reach out in faith and see what He will do.

Prayer: Thank you, Jesus, that you are still in the healing business today. You made our bodies, and you are able to heal whatever anyone is suffering from. Help us to reach out to you in faith. 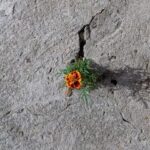