Do you believe in aliens and UFOs? I’m skeptical, but my husband loves to watch documentaries on unsolved sightings and weird occurrences. Sometimes it is proven that these are just a hoax, but the jury is out on what was actually seen. Could it be a big government cover-up like Area 51? Is there intelligent life out there? Is it all just a big conspiracy?

As a teenager in the ‘80s, one of my favorite Christian bands was Petra. They sang a song called, “Not Of This World.” The chorus lyrics state, “We are strangers, we are aliens. We are not of this world”.

The Bible tells us we are to be in this world but not of this world. In John 17:14-20, we see Jesus praying for His disciples. I think God’s Word translation states it most clearly:

Jesus was facing crucifixion because of the Truth He proclaimed. He was hated because of the Truth and knew that His disciples would also be hated. However, He knew there would be those who would believe the message His disciples were sharing and come to salvation through Truth. Often, we may feel like aliens or strangers in this world and its culture, but as our world becomes darker, what an opportunity to shine His Light! It is not just an opportunity but a commission. We should be going into all the world to share Truth. Some may hate us, but others will receive the message with joy!

Romans 12:2 instructs us not to be conformed to this world but be transformed by renewing our minds. The Message says, “Don’t become so well-adjusted to your culture that you fit into it without even thinking. Instead, fix your attention on God. You’ll be changed from the inside out.”

When we are transformed by the renewing of our minds rather than conformed to this world’s culture, we can be changed from the inside out. And not only us, but we can lead others to experience that same transformation.

Lord, help us to realize that even though we may feel like strangers and aliens in this world, we are called to show the Truth and the Way to others.

As Jesus prayed for His disciples, let us pray that we can be used to share this Gospel message to those who are hungry and hurting.

We are pilgrims in a strange land
We are so far from our homeland
With each passing day, it seems so clear
This world will never want us here
We’re not welcome in this world of wrong
We are foreigners who don’t belong

We are strangers; we are aliens
We are not of this world

We are envoys; we must tarry
With this message, we must carry
There’s so much to do before we leave
With so many more who may believe
Our mission here can never fail
And the gates of hell will not prevail

Shelly Stringfellow is the blessed wife of one husband, Roy, for the past 38 years, proud mother of two exceptional adult children, Candace and Jordan, and Mimi, to the two cutest grandbabies ever, Ellainya and Selah. She loves reading and writing but is not a fan of ‘rithmetic! She attends Lighthouse Church in Princeton, Texas, where her son-in-law and daughter pastor. 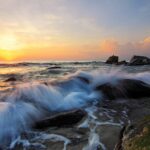