“Then Jesus said to the crowds and to his disciples, ‘The teachers of religious law and the Pharisees are the official interpreters of the law of Moses. So practice and obey whatever they tell you, but don’t follow their example. For they don’t practice what they teach.’ “

The entire twenty third chapter of Matthew is filled with Jesus letting the Pharisees know what sorrow awaits them. It does get quite intense, as Jesus over and over again reminds them of the fact that they aren’t practicing what they preach, and that they ultimately won’t get to heaven.

As I read through this chapter I thought of the contrast between this scenario and say that of the woman caught in adultery, found in John chapter eleven. The Pharisees and religious teachers wanted to publicly condemn this woman and stone her to death. Her sins were too great, and because of that according to the law, she needed to pay the ultimate price.

Jesus turned the tables though, and instead offers her grace, forgiveness and redemption. He literally stops those with stones in their hands in their tracks, causing them to drop their weapons, and simply walk away.

Instead of the woman being harmed or killed, she walked away made whole. The religious teachers were the ones Jesus corrected, and those who seemingly did deserve punishment, Jesus rescued.

Matthew 20:16 tells us “So the last shall be first, and the first last: for many be called, but few chosen.” To properly walk the walk, humility is required. We must have an attitude of servanthood, always willing to be last. We must be able to get beyond ourselves, and to try and have the mind of Christ.

I am so thankful today that our God is one whose way is perfect. Though undeserving, we are offered beautiful salvation.

Prayer: I thank You today Lord for the gift of salvation. Thank you for saving me even though I did not deserve to be saved. I am who I am because of You, and I am forever thankful for that.

God of the Living 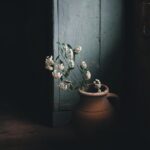