The U.S. Navy ordered ships to leave Norfolk and other Virginia ports before the landfall of Hurricane Irene, saying ships at sea can weather storms better than ships in port. Having survived several hurricanes on land with great apprehension, I must admit that being on a ship at sea isn’t my idea of a safe place to weather a hurricane.

But what about that first-century storm where Jesus and His disciples were endangered in a small boat?

“And there arose a great storm of wind, and the waves beat into the ship, so that it was now full. And he was in the hinder part of the ship, asleep on a pillow: and they awake him, and say unto him, Master, carest thou not that we perish? And he arose, and rebuked the wind, and said unto the sea, Peace, be still. And the wind ceased, and there was a great calm,” (Mark 4:36-39, Holy Bible, King James Version).

No matter how rough the storm, Jesus is there when you need him.

Prayer: Lord, no matter what storms I face, I trust You to take care of me. Amen. 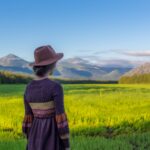 What’s in it for me? 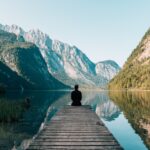 No Place to Go