“And said unto them, It is written, My house shall be called the house of prayer…” (Matthew 21:13)

In this passage of verse, Jesus became angry when He saw that the Temple had become a place to buy and sell, rather than a place to pray as was God’s original design.

When we hear this phrase, we often think of it as referring to a building such as the Temple in the Old Testament or the Church building in which we gather to have service on certain days of the week.  However, the word “house” can be defined as “a dwelling place” (see Strong’s G3624).  God wants the place where He dwells to be a place filled with prayer.

“But ye are not in the flesh, but in the Spirit if so be that the Spirit of God dwell in you…” (Romans 8:9)

The Greek word for “dwell” comes from the Greek word for ‘House’ and means “to occupy a house, reside” (see Strong’s G3611).  WE are God’s House, His dwelling place, if we have the Holy Ghost living inside of us.

“…For ye are the Temple of the Living God; as God hath said, I will dwell in them, and walk in them; and I will be their God, and they shall be my people.” (2 Corinthians 6:16)

WE are the Temple of the Living God.  WE are to be the House of Prayer.

Is Your Anchor Secure? 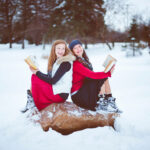