“Do all things without complaining and disputing.” (Philippians 2:14, NKJV).

I’m a bit old-fashioned, and sometimes I actually use my phone to make a phone call. Admittedly, it’s usually when the other person does not do texting. Such is the case with one unnamed acquaintance. I can usually tell with the initial hello what kind of conversation this will be. The tone of voice says it all.

Admit it. Complainers, or as the Bible calls them murmurers, make us weary. Even worse, their discontent can spread. It will affect—and even infect—those it touches.

If anyone could write the textbook on murmuring and its effect, it would be Moses. The children of Israel developed a very bad case, and it spread throughout the whole assembly. After 400 years in Egypt, most of it spent as slaves, we would expect them to rejoice at God’s deliverance. Instead, they became grumblers and complainers—unthankful malcontents. Isn’t it strange how quickly they forgot God’s blessings?

There, too, the whole community of Israel complained about Moses and Aaron. “If only the LORD had killed us back in Egypt,” they moaned. “There we sat around pots filled with meat and ate all the bread we wanted. But now you have brought us into this wilderness to starve us all to death.” (Exodus 16:2-3, NLT)

“How long must I put up with this wicked community and its complaints about me? Yes, I have heard the complaints the Israelites are making against me . . . You will all drop dead in this wilderness! Because you complained against me, every one of you who is twenty years old or older and was included in the registration will die. You will not enter and occupy the land I swore to give you. The only exceptions will be Caleb son of Jephunneh and Joshua son of Nun. (Numbers 14:27, 29-30, NLT).

Was God too harsh? Don’t we all occasionally complain? (Just to be clear, there is a difference in addressing a legitimate problem and being a complainer.) So, let’s look at reasons why murmuring is such a serious matter with God. When we read the story of the Israelites during their wilderness wanderings, we recognize certain attitudes that developed from their murmuring spirit.

The Bible says so much about the power of the words we speak, but a murmuring spirit is more than just words. It eventually progresses into a serious heart issue. Our complaints cause us to take our focus off God and His abundant goodness in our lives. We begin to concentrate on the problem instead of trusting the Problem Solver.

Another Textbook Case – of a Different Sort

The apostle Paul was robbed, beaten, stoned, shipwrecked, imprisoned, and endured many perils in his travels (II Corinthians 11:23-27). But he did not become a complainer. Instead, he learned true contentment through his reliance on God.

“Not that I was ever in need, for I have learned how to be content with whatever I have. I know how to live on almost nothing or with everything. I have learned the secret of living in every situation, whether it is with a full stomach or empty, with plenty or little. For I can do everything through Christ, who gives me strength.” (Philippians 4:11-13, NLT).

Will we have aggravations and problems in life? Yes. Definitely. But we cannot allow the situations we face to turn us into discontented and unthankful complainers. Don’t insult God’s goodness with your grumbling. Trust Him for a better tomorrow.

Prayer: Lord, forgive me for the times I mumbled and grumbled about problems in my life. Help me learn contentment and thankfulness as I trust You to bring me through every difficulty. 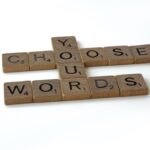