“And Jesus going up to Jerusalem took the twelve disciples apart in the way, and said unto them,  Behold, we go up to Jerusalem; and the Son of man shall be betrayed unto the chief priests and unto the scribes, and they shall condemn him to death, And shall deliver him to the Gentiles to mock, and to scourge, and to crucify him: and the third day he shall rise again.” Matthew 20:17-19 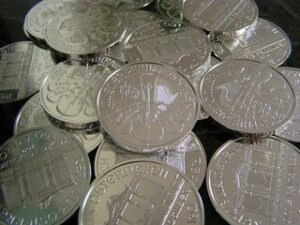 Jesus had chosen twelve disciples who travelled with Him during the three years of His ministry. They were all with Him as He rode into Jerusalem. So, we can be sure that Judas was there. Jesus knew from the beginning what was in Judas’ heart. Despite all the teaching he had listened to and the miracles that he had seen performed, he had not fully grasped who Jesus was.

I wonder what was going through his mind on this day when the crowds were waving their palm branches and shouting their praises to the Lord. Could it be that he was confused? Jesus had told them that when he went to Jerusalem, He would be betrayed, condemned to death, and crucified. He also told them He would rise again. Yet in Judas’ mind, Jesus was entering the city as their King. Maybe he was thinking about the prestige and honour that this would bring to His followers. Was Judas disappointed when this grand entry into Jerusalem did not result in Jesus setting up an earthly kingdom?

I Timothy 6:10 “For the love of money is the root of all evil: which while some coveted after, they have erred from the faith, and pierced themselves through with many sorrows.”

We know from instances we read in the Gospels that Judas was the disciple that looked after their finances. Remember what happened when Jesus was at the house of Simon and the woman broke the jar and poured out the precious ointment on Jesus’ head and feet? Judas reprimanded her for it, saying it could have been sold and much given to the poor.

Was it this love for money that caused Judas to go to the chief priests and offer to betray Jesus for thirty pieces of silver? One theory is that if they were to bring Jesus to trial, the rulers would recognize Him as their Messiah and King.

The fact that Jesus allowed Judas to continue as a disciple right up to the end, shows us the loving compassion and long-suffering that He extends to all. Judas heard the same teaching that all the other disciples heard, and yet He never really knew Jesus as His personal friend and Saviour. There were many times he could have repented and changed his destiny.

There are people in our world today who have heard the Gospel message over and over but have never yielded their hearts to the Lord. How sad to think that Jesus is coming soon and that unless they do something about it, they will not be ready. Hearing the Word of God is not enough, we must obey it.

Prayer: Lord, give us a burden and concern for so many that have not yet obeyed your Word, and accepted you as their Saviour and Lord.