“But don’t be upset, and don’t be angry with yourselves for selling me to this place. It was God who sent me here ahead of you to preserve your lives. This famine that has ravaged the land for two years will last five more years, and there will be neither plowing nor harvesting. God has sent me ahead of you to keep you and your families alive and to preserve many survivors.”

I have always been fascinated by the story of Joseph. Things started off great for him in life, but quickly took a turn for the worst. How awful it must have been, and how betrayed he must have felt to be sold as a slave by his own brothers. The very ones who should have had his back and loved him the most, became those who would hurt him the most.

He endured countless hardships, from false accusations to years in a jail cell. He was forgotten, betrayed and lied about.

He is finally reunited with his brothers (who were unaware who he was at first) and could have exacted his revenge on them by turning them away and sealing their fate to die of starvation. Instead, he tells them not to be upset or angry with themselves.

Joseph must have experienced healing in his jail cell, because this would not be the response of most humans. Anger did not cloud his vision, as he dealt with his brothers fairly and justly.

Joseph understood that yes, his life was turned upside down, but God had a greater purpose.  Things didn’t turn out the way he probably thought they would, but God turned it around.

Joseph knew and believed that God had sent him there ahead of his brothers, so that he could save them. His brothers wanted to kill him, but God wanted Joseph to save them. This is the exact opposite of how the situation should have turned out.

God knows what He is doing, He never loses control. He is preparing things in your heart and life right this very moment for the future. Trust His plan for your life, for it is perfect.

God, I’m thankful for Your plan and purpose for my life. Prepare me today for tomorrow. Help me to trust You in all seasons of my life, and to look beyond what I can see with my human eyes. 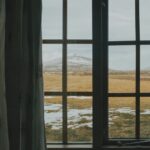