Listen, Israel: Today you are about to cross the Jordan so you can dispossess the nations there, people greater and stronger than you who live in large cities with extremely high fortifications. They include the Anakites, a numerous and tall people whom you know about and of whom it is said, “Who is able to resist the Anakites?” Understand today that the LORD your God who goes before you is a devouring fire; he will defeat and subdue them before you. You will dispossess and destroy them quickly just as he has told you. (Deuteronomy 9:1-3, NET)

Are you like me? When I fly home from a trip, I like to look out the window of the airplane to catch a glimpse of familiar landmarks as we near my home airport. Of course, the most recognizable landmark is the Gateway Arch, which sits on the St. Louis riverfront. As we descend through the clouds and its gleaming stainless steel curve comes into view, the arch looks very small but grows in size as we descend lower. You might say I’m seeing it from a heavenly viewpoint. However, I have also visited that same riverfront area and stood beneath the arch’s 630-foot curve. From this earthly point of view, it seems gigantic and I’m like a bug on the ground.

Having the wrong viewpoint in a situation can greatly affect its outcome. This is what happened in Numbers 13. Moses sent twelve spies into Canaan to view the land and bring back a report on what they found. When the spies returned, ten brought an unfavorable report while the other two said they could take the land.

The ten were intimidated by the Anakite giants and declared, “We seemed liked grasshoppers both to ourselves and to them” (verse 33). The giants had become more powerful in their minds than God’s promises. Because of their murmuring and disbelief, God left the Israelites in the wilderness for forty years until that entire generation, except for the other two spies, passed off the scene.

Forty years later the people face the Jordan River, ready to take possession of the land (Deuteronomy 9). As Moses recounts all that happened during those forty years, he tells the people that the cities are fortified and the people are numerous and tall. Yes, they will be facing the same giants, the Anakites, but God will be the one to go before them and defeat the enemy. It was never their battle, even forty years earlier. It was always God’s battle.

Sometimes when we face trials in our lives, we feel like a grasshopper facing a giant. With that viewpoint, we become overwhelmed and frightened. But remember, it’s never the size of the giant (our trial); it’s the size of our powerful God Who promises to fight the battle for us. Never look at the situation from an earthly perspective. Look at it with a heavenly point of view. God is bigger than any situation we will ever face.

Lord, when I face problems that seem so large I can’t see around them or over them, help me remember the battle is Yours, not mine. You are bigger than any problem, stronger than any giant I will ever face. Help me to look at all my trials from a heavenly point of view. 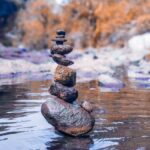 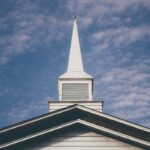 Safe in the House

There is a God!