“By faith Noah, when he was warned about things not yet seen, with reverent regard constructed an ark for the deliverance of his family. Through faith he condemned the world and became an heir of the righteousness that comes by faith” (Hebrews 11:7, New English Translation).

Several years ago, I moved into a new neighborhood and was getting acquainted with the lady across the street. While chatting about her home and how long she had lived there, she casually mentioned there was a bomb shelter beneath her garage. The house dated back to the cold war era when tensions ran high and people worried about a place of safety for their family. I don’t know if the space was now more of a novelty to her or if she trusted it to protect her during a cataclysmic event.

I recently read of a man who has spent much of his life constructing an intricate 10,000-square-foot underground shelter to protect himself and others of like mind from nuclear fallout. Bruce Beach, who has been working on his project since the early 1980s, seems to have a well-thought-out plan that includes food, water, sanitation, air quality, and many other things required to sustain life, at least short term. He named his place of safety Ark Two.

Noah also was concerned about safety for his family, but he had very good reason. In Genesis 6 we read of a direct warning from God of things yet to come. God then gave Noah specific instructions on the construction of an ark. His actions were visible to all, but it’s doubtful those who viewed his labors offered any words of encouragement. He would have become the neighborhood oddball, that strange person who causes snickers and mockery. None except his family regarded his words of warning.

Many people today are concerned about their physical safety, but how many are putting the same thought into their eternal safety? God isn’t asking us to build a physical ark as He did Noah. He has already provided us an ark—a place of salvation—and it’s available to any who desires to enter. Our ark, our salvation, comes through Jesus. It is our way of escape.

“Neither is there salvation in any other: for there is none other name under heaven given among men, whereby we must be saved” (Acts 4:12).

The Ark Is Ready

Noah and his family found grace and were saved from the destruction of the flood. They chose to heed God’s warning and prepared accordingly. First Peter 4:7 warns us that “the end of all things is at hand: be ye therefore sober, and watch unto prayer.” The Bible has given us clear warnings of the end time, but God also offers us grace—a way to escape. The ark is ready for any who will enter.

Prayer: Thank You, Lord, that You have provided me a place of safety and salvation. Like the days of Noah, I see the evil around me and the disregard for things holy. Your Word tells me that the end is near. My prayer is not just for my personal salvation but that I can bring others into the ark. Jesus is our salvation and His mercy is available to all. 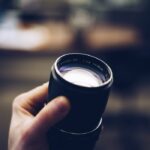 Looking Through the Bible Lens 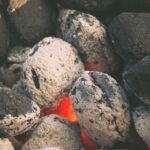 Coals of Fire and Neighborly Acts