“We have different gifts, according to the grace given us … If it is serving, let him serve; if it is teaching, let him teach; if it is encouraging, let him encourage” (Romans 12:6-8).

How many times have you heard, or even said yourself, “I just don’t know what to say.” It’s our excuse for not stepping in when someone is going through a difficult time. A terminal illness, a divorce, a child in trouble, a lost job—these and other situations leave us feeling awkward and without words. So instead of saying the wrong thing, we often say nothing. In the meantime, our friend goes on hurting and feels so alone.

Many years ago I was far from home, alone, and feeling troubled about a situation. Out of the blue, a letter arrived from a friend from college. We hadn’t kept in touch, and I have no idea how she found my address. It was the first—and only—letter I ever received from her. She had no idea I was feeling down; it was just a “hello friend” note. But just the knowledge that someone was thinking of me was all the boost I needed to pick myself up and carry on.

Who hasn’t needed a boost at some point? Life gives us all bumps and knocks along the way, some more difficult than others. At such times, we need someone to care, to give a hug, a pat on the back, or an uplifting word. We need a friend to build us up, to bring hope to our despair.

The gift of encouragement is one of the most valuable qualities one can possess. Anyone can become an encourager simply by allowing God to make her sensitive to the needs of others and then translating that awareness into action.

The ability to build up another is a gift from God, but it’s an ability everyone can develop. Yes, all of us.

Prayer:  Lord, lead me to someone today that needs an encouraging word, a helping hand, or even just a smile. Help me to be an encourager wherever I go. 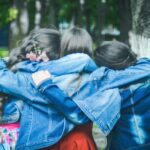 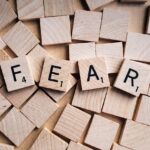 The Power of a Smile