“But ye are a chosen generation, a royal priesthood, an holy nation, a peculiar people.” (I Peter 2:9, KJV)

God’s people have always been special to Him. The King James Version of Exodus 19:5 describes them as a “peculiar treasure,” a possession He values and holds dear to Himself.

The word peculiar has several meanings. As a teen I never took time to check a dictionary. In my mind peculiar meant strange, and being an oddball was not a particular goal for my life. Why did I have to be strange to be a Christian? A trip to the dictionary would have been beneficial and enlightening. I would have discovered that peculiar also means having a character exclusively its own; select or special; separate; belonging particularly or exclusively to one. Peculiar signifies ownership.

When God brought the Israelites out of Egyptian slavery, He gave numerous laws to guide their conduct and worship. The restrictions He placed upon them were not designed to make life miserable. Instead, they were to keep the people from adopting the sinful practices of surrounding nations. His laws were a protection, to preserve their distinctiveness.

“For you are a people holy to the LORD your God. The LORD your God has chosen you to be a people for his treasured possession, out of all the peoples who are on the face of the earth.” (Deuteronomy 7:6, ESV).

Today God’s people are also at odds with the world’s culture. We are surrounded by those who not only tolerate immorality but condone it. Sin is no longer called sin. Those who stand up for godliness and morality are ridiculed as judgmental, out of touch, politically incorrect.

Rather than be embarrassed by our distinctiveness, we should rejoice in our ownership by the Lord. Ephesians 1:4 says He chose us before the foundation of the world. We are His “purchased possession” (verse 14).

I Peter 2:9 also calls us a royal priesthood. Old Testament priests were called and set apart for service (Numbers 18:7). Being a representative of God demanded responsibility. There were also visible differences that set the priests apart from the general population. (See Exodus 28 and 39.)

If there was ever a time when God’s people should stand out from the crowd rather than blend in with the world, it is today. If we are to be priests of the Lord, giving ourselves in service to Him, we must be different from those around us in our attitudes, our actions, and our appearance. We are to “go out from their midst, and be separate from them, says the Lord” (II Corinthians 6:17, ESV).

God asks us to maintain separation from the world while still living in the world. We do not withdraw ourselves and hide away. Nor do we divide our loyalty between two masters. Our godly lifestyle is our strongest witness—a visible light in darkness. Perhaps someone has come up to you to inquire if you are a Christian. They sensed your difference, so they approached you with their spiritual questions or to ask for prayer.

To recognize God’s ownership in our lives is a wonderful thing. Rejoice that you are chosen, separate, and “his own possession” (I Peter 2:9, ESV).

Thank You, Lord, that You made me a treasured possession, chosen to be a light and a witness in a sinful world. Give me boldness to stand out from the crowd, to accept the responsibility of being Your representative here on earth. How can I do less when I consider the price You paid to make me Your own special treasure. 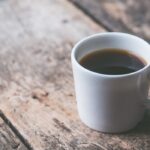 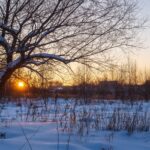