“For because ye did it not at the first, the LORD our God made a breach upon us, for that we sought him not after the due order.” I Chronicles 15:13.

The NLT puts it this way: “We failed to ask God how to move it properly.”

David had made a place in Jerusalem so that he could bring back the ark which had been captured by the Philistines many years earlier.  He was so anxious to get the job done that he failed to find out how it should be moved.  So, the first time he tried, carrying the ark on a cart, things did not go well.  One of the men reached to steady the ark with his hand and was struck dead.

Now David is wanting to try again.  The first thing he does is go to the priests and find out how the ark was supposed to be moved.  The right way was for the priests to bear it on their shoulders.  When they obeyed these instructions, they were able to accomplish what they had set out to do.

Have you ever had a child ask you to help them with a project and you agree but ask them to wait until you have free time to show them how to go about it?  Often, they get impatient and rush ahead, trying to do it on their own, and end up with a disaster.  I remember as a child trying to make cookies when my mother was not free to help me.  I ended up with a mess that had to be thrown in the garbage.

We may feel the Lord has laid something on our heart that he wants us to do for Him.  We must always be careful that we don’t immediately start things in motion without knowing all that He has in mind.  We need to go to the Lord in prayer, asking Him to show us exactly what He wants and to give us the wisdom and guidance to proceed.  A wise teacher once told me, “Time spent sharpening the sickle is not spent in vain.”  Take time to seek the Lord and see the whole picture before you begin. Moving too quickly can result in failure.  He will show us how to do it properly.

Prayer:  Jesus we thank you that we can hear your voice, and that you can guide us and direct us in every part of our life.  Help us not to be hasty, but to seek your guidance and direction. 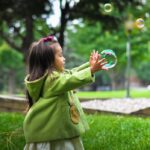