Why are we so attracted to glittery things? Even as children, we are mesmerized by things that glitter and shine. Children love to play with glitter and, if given a chance, will sprinkle and pour glitter all over everything! But as adults, we know what an awful mess glitter can cause! Those tiny little specks attach themselves to couch cushions and clothes and skin and carpet and get in the tiniest crevices, and it is almost impossible to remove. How many of us have found glitter lurking in corners months after thinking we had swept it all away?

There is a saying that “All that glitters is not gold.” Many have been deceived by “fools gold” when searching for the real thing and are disappointed when they find out what they thought was valuable turns out to be worthless.

As I awakened last night, I had this thought in my mind: Don’t go for the glitter; go for the gold! I felt it was a thought from God, but what was He trying to tell me? (I have a confession to make here. I will often be awakened during the night with a thought or just a sentence that I consider for a moment and then roll over and go back to sleep! I always think: Well, that’s interesting; I will have to give that some more thought tomorrow. Inevitably, in the morning, that thought is completely gone, and I can no longer remember what had awakened me. This year, I have made a New Year’s Resolution to immediately get up and write down that thought before it is lost forever in the recesses of my mind and then go back to sleep!) So this is the first hopefully of several that I will share if God allows.

As I pondered it in the early hours of the morning, I thought how easy it is to be distracted by the glittery things of the world. As a child of God who desires to be faithful and work for Him, we can be sidetracked by the “shiny” things that would like to replace the real gold of the Holy Ghost and the Truth of His Word. Don’t be deceived and think these temporary glittery things are eternal. They will blow away, and we will be left empty-handed.

Social media can be such a blessing and such a curse. We can be encouraged by seeing the move of God in the hearts and lives of friends and family. It is such a blessing to see how God is working worldwide and how people from all walks of life and in all types of situations are being reached with the Truth of God’s Word. But also, it can be distressing when we see others who have a great heritage of Truth seemingly blinded by the glitter of compromise or seem to feel that the weight of the gold they have been given has become too heavy in their hands. They seem eager to trade the gold of Truth for the glitter of the counterfeit. It’s shiny and looks similar to the gold they are used to, but it’s not so heavy and is easier to carry. So often, it is young parents who decide that they don’t want their children to carry that weight, so they give them the glitter instead. It is sad to realize that it will permeate all those tiny crevices of their lives and leave a big mess behind.

I have a beautiful wedding band set that my husband purchased for me on our 20th wedding anniversary. He also purchased the maintenance package. It is my responsibility to take my ring every six months to Zales to check the settings to make sure nothing is loose and do a thorough cleaning. Otherwise, the contract is void. It is always so beautiful and brand new looking after that cleaning! Roy and I have been married for 38 years, so my wedding set is 18-years-old. Sometimes the daily grind can dull the shine on my ring, and it doesn’t seem as attractive anymore. But it still has the same value. It is my responsibility to take it to those who created it and renew that contract.

Proverbs 17:3 says, “The refining pot is for silver and the furnace for gold, but the Lord tests hearts.” Zechariah 13:9 says, “And I will bring the third part through the fire, Refine them as silver is refined, And test them as gold is tested. They will call on My name, And I will answer them; I will say, ‘They are My people,’ And they will say, ‘The Lord is my God.’”

Sometimes we may feel we are being placed in the furnace. We feel tested and tried. It seems in the last few years, everything that can be shaken is being shaken. It can try our faith, determination, and resolve: the stress, the sickness, the death, the separation from family, friends, and church. But Job says He knows the way I take! And Zechariah says if I call on His name, He will answer me! He will say that I am His, and I will say that He is my God!

2 Corinthians 4:6-7 says, “For God, who commanded the light to shine out of darkness, hath shined in our hearts, to give the light of the knowledge of the glory of God in the face of Jesus Christ. But we have this TREASURE IN EARTHEN VESSELS, that the excellency of the power may be of God, and not of us.” (emphasis added)

Maybe this refining, this testing, is to show the true light, the treasure, the true gold of the glory of God.

The excellency of the power is not of us but of God. In the book of Revelation, when God addresses the church of Laodicea, He says to “buy of me gold tried in the fire…As many as I love, I rebuke and chasten, be zealous therefore and repent.” We know the time is short. We can’t be deceived by glitter; we need the gold tried in the fire.

Lord, make this a time of refining, repenting, renewing, rejecting the glitter, and going for the gold!

Shelly Stringfellow is the blessed wife of one husband, Roy, for the past 38 years, proud mother of two exceptional adult children, Candace and Jordan, and Mimi, to the two cutest grandbabies ever, Ellainya and Selah. She loves reading and writing but is not a fan of ‘rithmetic! She attends Lighthouse Church in Princeton, Texas, where her son-in-law and daughter pastor. 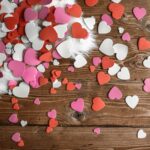 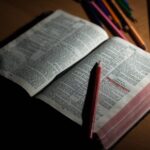 Not of This World

A Friend for Life: Finding Godly Friends and Knowing How to Let Go of Toxic Ones