“But Thomas, one of the twelve, called Didymus, was not with them when Jesus came. The other disciples therefore said unto him, We have seen the Lord” (John 20:24-25).

When we think about Thomas, one of Jesus’ twelve disciples, our mind automatically adds “doubting” to his name. In fact, through the years the term “doubting Thomas” has entered our language to describe anyone who is a skeptic. Merriam-Webster Dictionary defines it as “an incredulous or habitually doubtful person.” Can you imagine your name becoming a dictionary entry? A negative dictionary entry.

Thomas has been tagged with the name Doubting Thomas because he was absent when Jesus first appeared to the disciples after His resurrection. The Bible doesn’t tell us why he was absent, so anything we guess would be mere speculation. It is interesting to note that when Jesus entered the room, He showed those present His hands and His side (John 20:20). They had visual proof this was indeed Jesus alive and with them.

We can imagine the conversation that must have taken place later when the ten remaining disciples began to tell Thomas of Jesus’ appearance. Their words no doubt tumbled over each other as they described every little detail of His appearing. Imagine their excitement as they exclaimed to Thomas, “And he showed us the scars in His hands and His side!” Could that be when Thomas, not really comprehending all they told him, declared, “Except I shall see in his hands the print of the nails, and put my finger into the print of the nails, and thrust my hand into his side, I will not believe” (verse 25). He wanted to see what the others had seen.

Eight days. That’s how long Thomas had to wait before he saw Jesus himself (verse 26). Eight long days of questions, despair, and doubts mingled with hope and struggling faith. Eight days of hearing his friends repeat the story of Jesus’ appearance again and again. Eight days of intense longing.

And then it happened! Thomas saw Jesus for himself.

Thomas felt those wounds for himself. In relief, joy, faith, and revelation, Thomas declared, “My Lord and my God.”

Perhaps it is a bit unfair to hang the title “doubting” upon Thomas. Other disciples had their own times of doubt as well. Remember when Peter stepped out of the boat and into the storm? He was overcome with doubt as he began to go under (Matthew 14:31). And just a few days before, Mary Magdalene had run to tell the disciples that Jesus was alive—she had seen Him! Yet they “believed not” (Mark 16:11). They doubted. Doubting is just not about Thomas. It’s a human weakness we all experience at times.

Jesus didn’t tell Thomas that his doubts made him unworthy of being part of the twelve. Nor did He remind the others of their own moments of doubt. Instead, Jesus dealt with Thomas patiently and kindly. And that is exactly how He will deal with us as well. All of us have times of doubt, uncertainties fighting with faith and longing. Thomas waited eight days, but our struggles might be longer. Don’t despair. The answer will come. Jesus will appear. And when He does, He won’t burden you with guilt or condemnation. He will patiently and kindly reveal Himself to you.

Prayer: Lord, please be patient with me when I am overwhelmed with doubt and confusion. Be my strength when I am weak. Help me to hold onto whatever small amount of faith I can dredge up until at last I see You for who You are in my life and declare, “My Lord and my God!” Thank You for never giving up on me and bringing me through to a stronger faith and victory. 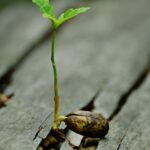