“Do your best to present yourself to God as one approved, a worker who has no need to be ashamed, rightly handling the word of truth.” (II Timothy 2:15, ESV)

In a recent conversation with a friend, she confided that things seem to be shifting in her feelings about her current area of ministry. She still feels passionate about working for the Lord, but her interests are shifting. As we talked, I suggested perhaps she is entering a new season, one that will lead her toward a different phase of ministry. Seasons change and callings shift, but God is always there to guide our steps into our new season.

While reading the story of Samuel anointing David as king (I Samuel 16), I began to look more closely at the timeline of David’s life. We first meet him as a young shepherd boy tending his father’s flocks. The Bible does not give his exact age at the time of his anointing, but scholars feel he was between ten and fifteen years old. The anointing did not mean he would immediately take the throne. At least fifteen years passed before he began to reign at age thirty (II Samuel 5:4). In the meantime, David entered a season of waiting. God had many lessons for him to learn before he would rule. During those years, he endured many hardships; but they helped him attain the maturity and wisdom he needed to fulfill his calling.

David was not the only one who experienced a waiting period before fulfilling his calling.

Sometimes we grow impatient to step into our calling. God places a burden upon us for a certain area of ministry, but the door isn’t opening to step into that calling. This may be especially true during this time of global pandemic when many doors are closed and plans halted. How do we handle this period of waiting?

I’ve known some who impatiently pushed ahead of God’s timing. They grew frustrated in the waiting, but their haste caused them to miss important lessons God needed to teach them—things that would enable them to gain wisdom and succeed in their calling. They should have strived for growth and fruitfulness in their waiting season rather than rushing recklessly into the next season.

Live wisely where the Lord has you now. Slow down and allow God to do His work in your life. Remember, we can become frustrated at His timing—or we can become fruitful in our present circumstance. The choice is ours. 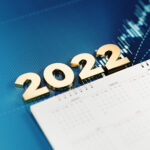 A Day at a Time 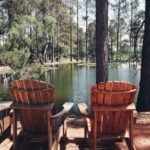 On Assignment — For Him

How Long Do I Wait, Lord?