I was worshiping at the altar that Sunday morning when I heard a deep, heartfelt weeping coming from a few rows back. “I have cried exactly like that before,” I thought to myself. “I know that cry comes from a pain deep within the heart.” 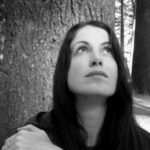 It made me think of a time in my life when I had fallen in a crumpled heap at the bottom of a pit full of unbearable pain and sorrow. I remembered how I had cried out to God that even though I could not feel Him near, I knew He was near. I remembered the words from Hebrews 13:5, “I will never leave you or forsake you.” I was reminded that “The LORD is near to the brokenhearted and saves the crushed in the spirit” (Psalm 34:18). I began to worship God from that place of deep sorrow. “Lord, I know You are here, even though I can’t feel You near. I believe You are with me. I know You will not abandon me even though my husband of twenty years has.”

Instantly, before I could even get the words out, I felt the unmistakable presence of the Holy Spirit. I felt a joy rise within my heart, a joy that can’t be found anywhere in this world. And though my situation did not change in that instant, and I was still overcome with grief and sorrow, God was near. He was by my side. He would see me through this most difficult trial of my life so far.

I left the altar and headed back to my seat. The woman was still weeping loudly. She was being embraced and comforted by other women around her. I stopped and began to pray. I felt her pain. I also felt a holy excitement as I knew God undoubtedly was bringing healing to her broken heart. She was a woman who was recently widowed after being married only three months. She had been so brave the last several weeks as she faithfully continued to attend services. When asked by others how she was faring, she stoically answered that she was doing fine.

I have often compared my divorce to being widowed. I abruptly lost my husband one day. Even though there had been marital problems for years, I had prayed, fasted, sought godly counsel, and did everything humanly possible to save the marriage. So I should not have been shocked when it happened, but it knocked the wind out of me when my biggest fear came to pass. After it happened, I put on a brave face. After all, I had to be strong for my children and keep myself together with all the added responsibilities of being a newly single mother.

But there comes a time when God says to us, “My child, you cannot go on without bringing that hurt and grief to the surface where you can be healed.” It’s a scary feeling to let it go. It might hurt too much to allow that pain out. It seems like it would be safer to keep it buried and hidden away. But it will find its way out, one way or another.

With God, we are safe to open up to Him and present our every fear and pain to Him. We can put it into His sure hands, knowing that He is right there with us. When we allow Him access to our broken hearts, that is when true healing to our wounds begins to take place. 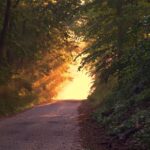