“And these all, having obtained a good report through faith, received not the promise: God having provided some better thing for us, that they without us should not be made perfect.” Hebrews 11:39-40 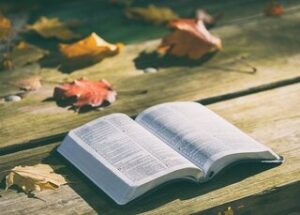 If you have been reading the devotions each day this week, you know that all the people that we have written about as receiving strange requests from the Lord, are mentioned in Hebrews 11. This chapter has been called “God’s Hall of Faith.” Each of the ones we have talked about heard the voice of God, stepped out in faith, obeyed the Lord, and received great victories.

There are many others that we could mention, but time does not permit. The writer of Hebrews realized this and so he penned the following:

Hebrews 11:32 “And what shall I more say? For the time would fail me to tell of Gedeon, and of Barak, and of Samson, and of Jephthae; of David also, and Samuel, and of the prophets:

Heb 11:34 Quenched the violence of fire, escaped the edge of the sword, out of weakness were made strong, waxed valiant in fight, turned to flight the armies of the aliens.

Heb 11:35 Women received their dead raised to life again: and others were tortured, not accepting deliverance; that they might obtain a better resurrection:

Heb 11:36 And others had trial of cruel mockings and scourgings, yea, moreover of bonds and imprisonment:

Heb 11:37 They were stoned, they were sawn asunder, were tempted, were slain with the sword: they wandered about in sheepskins and goatskins; being destitute, afflicted, tormented;

Heb 11:38 (Of whom the world was not worthy they wandered in deserts, and in mountains, and in dens and caves of the earth.”

In verse 32, there is mention of the prophets. Read the book of Hosea and see the strange request that the Lord required of Hosea – to marry a prostitute. Ezekiel was asked to do many strange things as he prophesied what was going to happen to Israel. Jeremiah was told to buy property in Israel even though they were going into captivity. This was a promise that they would one day return. Daniel and his friends were required to abstain from all the rich food offered to them by the king of Babylon.

God has a plan and a purpose for each life. He often uses strange things to bring His plan to fruition. How about you? Has God ever asked you to do something out of the ordinary, and you wondered what in the world was going on? I look back over my life and see God’s hand upon me. There were many times when I did not understand why things were going the way they were. But the Lord was always there to lead and guide. He knows our past and our future and by faith, we can walk wherever He directs.

Prayer: Lord, we commit our hearts and lives to you. Help us to always be listening to your voice, knowing that you have a plan and that we can trust you never to ask anything of us, that you will not provide the strength that we need.

A Walk of Faith