“But without faith it is impossible to please him: for he that cometh to God must believe that he is, and that he is a rewarder of them that diligently seek him.” Hebrews 11:6 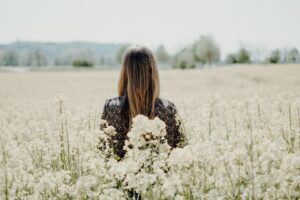 In the last few days, we have taken a journey into the past and looked at a few well-known Bible characters and what they experienced. I intended to look closely at Hebrews 11, and I was having a struggle to start writing. Then the Lord dropped two words into my mind, – Strange Requests. The more I thought about it, the more Bible names kept coming to mind, and I realized that most of them were ones that were mentioned in Hebrews 11. I realized then that the two avenues melted into one.

As I close out the week, I want to mention a few people from the New Testament that were faced with some strange requests and how they reacted to them.

Early in His ministry, Jesus was at a wedding in Cana and his mother came to Him with the news that they had run out of wine. She had faith that He could do something about it, so she told the servants, “Do what He tells you.” Can you imagine how these servants felt when Jesus told them to fill the pitchers with water? How was that going to help? But they obeyed His voice and poured out wine to serve the guests.

Zaccheus was a tax collector, despised by his fellow men. Somehow, he heard about Jesus and knew he had to find out if the stories were true. He was short, and I assume he heard a voice telling him to run ahead of the crowd and climb up in a tree to see better. Jesus spoke to him, went to his home, and Zaccheus became a new man.

The disciples had been fishermen for years, they knew exactly when the fish were available. So when they had fished all night and caught nothing, they knew there was no use continuing. But when Jesus told them to put out their nets again, they obeyed, even though it was a strange request.

These are just a few examples of the Lord asking something from people that seem completely strange and different. I hope that you have taken some time this week to read the whole story of each of the people we have mentioned.

The Lord may never ask you and me to do some of the things He asked of these Bible characters. The important thing is that we walk in the Spirit and listen for His still small voice as He directs us each day. In closing, consider the following scripture:

“Beloved, think it not strange concerning the fiery trial which is to try you, as though some strange thing happened unto you: But rejoice, inasmuch as ye are partakers of Christ’s sufferings; that, when his glory shall be revealed, ye may be glad also with exceeding joy.” I Peter 4:12-13

Prayer: Thank you, Lord, for giving us the stories in your Word, which inspire us to know you in a greater way. Help us to listen to your voice and obey what you ask of us. 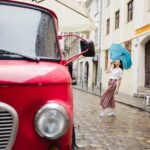