“And she vowed a vow, and said, O LORD of hosts, if thou wilt indeed look on the affliction of thine handmaid, and remember me, and not forget thine handmaid, but wilt give unto thine handmaid a man child, then I will give him unto the LORD all the days of his life, and there shall no razor come upon his head.” I Samuel 1:11

It took a lot of courage and determination for Hannah to make this vow and promise to the Lord. Think of it, for years she had longed for a child, and now she was telling the Lord that if He would give her a child, she would dedicate him completely to the Lord. That was a big commitment. She realized that she would only get to enjoy this child in her home for a brief time and then she would turn him over to someone else to nurture and instruct. When that time came, would she be able to do so?

Numbers 30:11-13 allows a husband to object to a vow made by his wife when he learns of it. If, however, he knows and says nothing, the vow is considered valid. From the way the story reads, Elkanah had not been near enough to hear Hannah praying, so probably didn’t know that she had made this vow. However, the next time that Elkanah was leaving to go to Shiloh, she told her husband that she would not go with him until the child was weaned and then she would present their boy to the Lord. Apparently, Elkanah was willing to let her vow stand as we have no record of him questioning it.

There was a provision made in Leviticus that a person could redeem their vow by giving money to support the sanctuary. So, Hannah had a loophole here that she could change her mind if she felt unable to part with him. We know that this did not happen, but the possibility was there.

As we read further in Hannah’s story, we will find that she stood true to the vow she had made. God knew her heart and even though she had been tested for a time, He had chosen her to be the mother of Samuel, who would play a prominent part in history.

As mothers, we dedicate our children to the Lord when they are just little. We pray for them and teach them as best we can to love the Lord. One of the greatest things that we can accomplish in this world, is to raise a child that will be a labourer in God’s kingdom. They will not all be pastors, missionaries, or evangelists, but if they grow up faithful to the Lord and examples for Him, we are blessed. God lends them into our hands and entrusts them to our care for a brief time, then we release them to find His will for their lives.

Prayer:  Thank you, Lord Jesus, for the children that you have given us. We pray that they will all become what you would have them be. 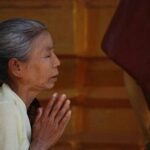 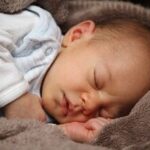