So it came to pass, when they had brought them outside, that he said, “Escape for your life! Do not look behind you nor stay anywhere in the plain. Escape to the mountains, lest you be destroyed” . . .  But his wife looked back behind him, and she became a pillar of salt.   (Genesis 19:17, 26, NKJV)

The story of Lot and his family fleeing Sodom before its destruction is familiar, but in many ways I find it puzzling. I have a lot of questions I’d like to ask Lot.

The Bible calls Lot a righteous man who was vexed (afflicted or oppressed) by the wickedness of those around him (II Peter 2:7). Yet he remained in the city and even filled a position of prominence. When Genesis 19:1 speaks of Lot sitting in the city gate, it means he held an important position, possibly like what we would today call a mayor. He had integrated himself into their society, but had he influenced them for good?

Even though the angels warned Lot of the impending judgment, and even though he recognized the wickedness of Sodom and Gomorrah, he did not seem eager to leave. The angels had to literally take him and his family by the hand and pull them out of the city.

“And while he lingered, the men took hold of his hand, his wife’s hand, and the hands of his two daughters, the LORD being merciful to him, and they brought him out and set him outside the city.” (Genesis 19:16)

And then Lot argued! He did not want to flee to the mountains. Instead he negotiated to stay in the nearby city of Zoar, insisting it was just “a little place” and surely that was okay. Again, I would like to know his thoughts. Did he think everything would sort itself out and he could go back to Sodom soon? I don’t know his reasoning, but I do know it proved to be a fatal decision. Zoar was close—close enough for Lot’s wife to look back at what she was leaving behind.  One translation of verse 26 says she “looked back longingly.” She still desired—longed for—all she had left behind. Was she the reason Lot had not moved from Sodom, even though he was oppressed by its wickedness? We will never know.

Lot’s journey to Sodom was progressive. It wasn’t a one-day decision but a gradual transition. When it became necessary for Abraham and Lot to separate their flocks and herds because the land could not support them both, Lot “pitched his tent toward Sodom” (Genesis 13:12). How long, I wonder, did it take him to move from within view of the city to inside the city? Did he realize the consequences of that move? Did he consider the effect such a move would have on not only his but his family’s relationship with God?

A Lesson for Us

What lessons can we take away from this story? We too are surrounded by sinfulness every day, but we cannot allow ourselves to conform to the world’s standards. We must not be influenced by its materialism and ungodliness. Instead, we must pray to be influencers for righteousness.

“And do not be conformed to this world, but be transformed by the renewing of your mind, that you may prove what is that good and acceptable and perfect will of God.” (Romans 12:2, NKJV)

Prayer: Lord, help me each day to keep my eyes on things above, not on the things of this world. Let my eyes look longingly toward You, toward Your righteousness and holiness. Remind me that the decisions I make affect not only my eternal destiny, but also the salvation of those I love. 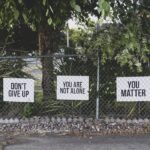