If you have ever gone on a job interview, you probably did your best to make a good first impression. Hopefully, you dressed neatly, combed your hair, and had good hygiene. (And turned your cell phone off!) Although an interview is only the first step of the process leading to a job, we understand that the prospective employer seeks confirmation you will make a good employee.

Samuel, the Old Testament prophet and judge, was on a mission for the Lord—to anoint a new king for Israel. The Lord instructed, “Fill your horn with oil, and go. I will send you to Jesse the Bethlehemite, for I have provided for myself a king among his sons” (I Samuel 16:1, ESV). Interestingly, we find Samuel was not told which son. Jesse had eight.

The first son who stood before Samuel, Eliab, looked very promising. The prophet was pleased with what he saw and thought, This is the one! But God said no.

“Don’t be impressed by his appearance or his height, for I have rejected him. God does not view things the way men do. People look on the outward appearance, but the LORD looks at the heart.” (verse 7, NET)

In other words, good looks, good clothes, and good hygiene were not on God’s checklist.

The next candidate: Abinadab. Rejected. And so it went with Jesse presenting each of the remaining five sons standing there. No. None was the one God had chosen.  Samuel was puzzled. “Are these all of your children?”

“Well, there is my youngest boy, but he’s out keeping the sheep,” Jesse admitted. Samuel waited while Jesse sent someone to fetch him. When the young man arrived, God told Samuel, “Go and anoint him. This is the one!” (verse 12, NET).

When God chose David to become the next king of Israel, his youth and inexperience did not matter. Time would take care of those. What God desired was someone with a heart that beat the same as His. He found that in David.

“And when he had removed him [Saul], he raised up David to be their king, of whom he testified and said, ‘I have found in David the son of Jesse a man after my heart, who will do all my will.’” (Acts 13:22, ESV)

In looking at the life of David, we find him faithful, loyal, trusting, reverent, and obedient. David was not a perfect man; but when he sinned, he was quick to repent.

I will admit that some of my first impressions when meeting someone have been wrong. I judge by what I see, but only time will reveal their true character. We may impress others with our outward appearance and bearing, but God looks deeper. He sees the inner person. He searches the heart.

Prayer: Lord, search my heart to see if it is pleasing to You. Reveal to me any hidden flaws, any secret sins, any wrong attitudes that do not please you. My desire is to become more like You each day, to take on Your characteristics, and to grow in Your likeness. I want my heart to beat like Your heart. 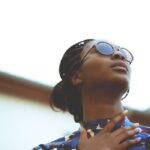