The chief adviser said to them, “Tell Hezekiah: ‘This is what the great king, the king of Assyria, says: “What is your source of confidence? . . . In whom are you trusting, that you would dare to rebel against me?” (Isaiah 36:4-5, New English Translation)

The people of Judah were in serious trouble. King Sennacherib of Assyria had invaded their land and surrounded their fortified cities. Now he sent one of his advisors to Hezekiah, king of Judah, threatening to destroy their land. It wasn’t enough for Sennacherib and his emissaries to threaten Hezekiah, they disparaged his God, declaring Him powerless.

But the Assyrian king made a mistake in comparing Hezekiah’s God to the gods of the surrounding nations. “They talked about the God of Jerusalem as if he were one of the man-made gods of the nations of the earth” (verse 19). That thinking led to Sennacherib’s downfall. God was more powerful than other gods, and He demonstrated that power by saving Judah. The Assyrian went home in humiliation and defeat and was killed by his own sons.

Like Hezekiah and the people of Judah, we sometimes feel we are under attack. Our enemy would like to convince us that God cannot get us out of this situation. He’s not powerful enough, the enemy’s voice whispers in our ear. Satan mocks God and boasts of his own power to defeat us. He is a liar; he is not more powerful than our God.

Sennacherib challenged, “What is your source of confidence? In whom are you trusting?” Perhaps God asks the same question. What things make you feel secure? Are you placing your confidence in wealth or power? Are you confident because of the people you know, your connections? Do you trust in your own abilities and strength to pull you through? All of these things can fail us. They are false gods. But we have one sure source where we can place our trust. Our God, the Creator of all things, will never fail us.

My blessing is on those people who trust in me, who put their confidence in me. (Jeremiah 17:7, NET)

Lord, I place my trust in You and only You. Although I may feel like I’m surrounded and defeat is imminent,  that is only the voice of the enemy trying to discourage me. You have never failed me, and You will not leave me to fight this battle alone. You are the source of my confidence. You will give me victory. 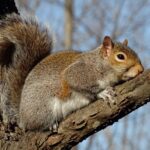 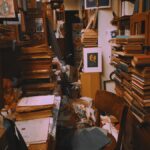 When Life Is Messy