“And he commanded the people to sit down on the ground: and he took the seven loaves, and gave thanks, and brake, and gave to his disciples to set before them; and they did set them before the people. And they had a few small fishes: and he blessed, and commanded to set them also before them. So they did eat, and were filled: and they took up of the broken meat that was left seven baskets.” Mark 8:6-8 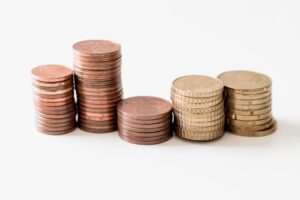 Jacob rushed into his house, excited about what he had just seen. A great crowd of people were passing through the town, following behind the Teacher, heading out to a country place where they could listen to him teach. He begged his mother to pack him a small lunch to take with him in case they were gone for a few hours. Little did he realize that he would be the means of feeding the crowd that day.

As the day wore on, he overheard the disciples asking Jesus how they were going to feed the crowd. He had forgotten to eat his lunch, and as he opened the bag and saw what his mother had given him, he realized that he could help. Tugging on the robe of the nearest disciple, he offered what he had, and watched as it was taken to Jesus. He could hardly believe what was happening as Jesus prayed and the bread and fish began to multiply in His hand. Can you imagine the story he had to tell his mother when he returned home?

As I read this story the other day, I wondered why Jesus did not walk around through the crowd, breaking the bread and fish and offering it to the people. I am sure that would have made the people believe in Him more as they saw the miracle happen. As it was, most of them probably didn’t realize what had happened, they only saw the disciples delivering food to them. Jesus placed the food in the hand of His disciples and let them be the means of feeding the crowd, He was teaching them to be servants, to minister to others.

In the next days and weeks there will be people who are in need, some have lost their jobs, and may not be able to feed their families. I know the Government has set up programs, but it will take awhile for this to come through.

Like the little lad who shared his lunch, let us ask the Lord to show us what we can share to help others who are in need. As God has blessed us, let us bless others. Some churches will be struggling as people in their congregation are not able to give like they have in the past. If our financial situation is secure, we can give a little extra at this time. Giving is a ministry, and I have proven through the years that the more we give to God, the more He blesses, not only materially but spiritually as well.

Prayer: Jesus, direct us to those that are in need. May we take what you have placed in our hands and use it to help others, and to bless your Kingdom. 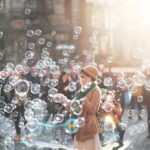 Yet I Will Rejoice 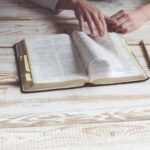