So he gave them his attention, expecting to receive something from them. Then Peter said, “Silver and gold I do not have, but what I do have I give you: In the name of Jesus Christ of Nazareth, rise up and walk.” (Acts 3:5-6, NKJV)

Acts 3 relates the story of Peter and John’s encounter with a lame man sitting at the Beautiful Gate of the Temple. What better place for a beggar to sit as this was the main entrance to the Temple. Many people passed through its portal each day. The beggar hoped some of those entering would give him money—at least enough to buy food for today. When Peter said, “Look at me,” I’m sure he expected to see coins in Peter’s hand. Otherwise, Peter would not have called attention to himself.

What the lame man anticipated was not what he received.

And that was a very good thing.

The man expected to receive a coin or two to provide his daily needs. What he received changed his life forever—not a few coins but a miraculous healing. This man, now about forty years old, had never walked. He was born crippled. Yet now he was not painfully trying to stand or hobbling a few unsteady steps. He was walking and leaping and praising God, strong and completely healed.

This healing gave Peter the opportunity to preach the message of salvation to all those in the area of the Temple. Acts 4:4 says about 5,000 people believed that day. In the middle of that crowd of new believers was one very thankful former lame man.

Not everyone rejoiced. The rulers, elders, and scribes, including the high priest, were more than unhappy with this turn of events. The next day they demanded Peter and John explain to them, “By what power or by what name have you done this?” The two apostles used this opportunity to declare Jesus to them. And who was standing beside Peter and John?

“And seeing the man who had been healed standing with them, they could say nothing against it” (Acts 4:14).

Yes, a day later the healed man boldly stood with Peter and John as they faced these powerful religious leaders. They could not deny what they saw, but they didn’t like it.

Sometimes I feel we do not recognize all God desires to do in our lives. We seem to willing settle for “a few coins”—enough provision for just today—instead of the abundance of the miraculous. The lame man looked up in anticipation, waiting for what Peter was about to offer. Perhaps it is time to raise our sights to discover the great things God has available for us.

“Now to Him who is able to do exceedingly abundantly above all that we ask or think, according to the power that works in us, to Him be glory in the church by Christ Jesus to all generations, forever and ever. Amen” (Ephesians 3:20-21).

Live expectantly. Allow God’s power to work in your life. He has great things prepared for you today if you are willing to believe and accept His provision. 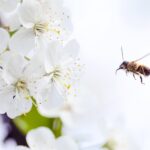 Five Disciplines of a Virtuous Woman 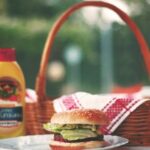