“And I saw a new heaven and a new earth: for the first heaven and the first earth were passed away; and there was no more sea.” (Revelation 21:1 in the King James Version of the Holy Bible).

There are several “no mores” in this chapter. John (the writer of Revelation) had been banished to the Isle of Patmos. The island was a lonely place to be as no visitors toured Patmos. Quiet time was all the time for John. Historical accounts indicate that the city of Ephesus was visible from the island. No doubt as he sat looking across to Ephesus, the night was approaching and he could see the skyline of the city. In his mind, he couldn’t help but think of the church located just a few streets from the water’s edge. John knew it would soon be church time and only wished he could be in attendance. But one of these days, he wrote, there would be “no more sea” – no more division between him and where he wanted to be.

Prayer:  At the Second Coming of Jesus Christ, the division between us and those we love will be no more. It’s a hard thing to be separated from those who have departed from this life, but what a hope we have one day to be reunited! 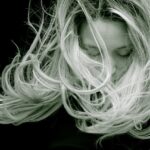 He’s Right There with You!

Making the Most of Life