So when Jesus looked up and noticed a huge crowd coming toward him, he asked Philip, “Where will we buy bread so that these people can eat? ” . . . Philip answered him, “Two hundred denarii worth of bread wouldn’t be enough for each of them to have a little.” (John 6:5, 7, CSB)

Have you ever had unexpected guests show up at your door, and you panic as you try to figure out what you will serve them? I remember a time when I knew friends planned to visit, but the doorbell rang a day earlier than I expected. I was shocked to open the door and find them standing there smiling. I was not ready for their visit, and I had nothing prepared for a meal. They had traveled several hours so I knew they were hungry. With no time to fix anything elaborate, I scrambled to prepare something—anything. Fortunately, a friend had recently shared a new broccoli soup recipe, and I’d already purchased the ingredients to make it sometime soon. This became the sometime. I made chicken salad sandwiches and broccoli soup. The meal wasn’t fancy, but we enjoyed the time together—and no one went hungry.

The story told in John 6 involved more than finding a quick and easy meal for three friends. Verse 5 says that Jesus looked up and saw “a huge crowd coming toward him.” Jesus already knew what He would do, but He tested Philip by asking him where to buy bread for this crowd. Philip responded that it would take at least 200 denarii worth of bread to feed so may. To put this into context, one denarii was a day’s wage for a laborer. Bread for such a large crowd would cost more than half a year’s wage. Even then, each person would only receive a tiny bit of bread—a few bites at most, not a hunger-satisfying meal.

Philip analyzed the situation from a natural, practical point of view. He mentally calculated the number of people and loaves of bread needed times the cost per loaf. Andrew, another disciple, spoke up at this point, although he didn’t think what he had found was really the solution. “There’s a boy here who has five barley loaves and two fish ​— ​but what are they for so many?” (verse 9). Both men had traveled with Jesus and seen numerous miracles, yet somehow in this situation they overlooked the fact that the Miracle Worker was standing beside them. They were thinking in terms of a few bites, but Jesus planned to feed everyone as much as they wanted—an all-you-can-eat buffet. At the end of the meal, twelve baskets of leftovers remained!

Have we fallen into the same mindset as Philip and Andrew? When we pray, are we expecting God to give us the bare minimum? Just enough to take the edge off our hunger?. I can assure you, the God we serve is not a skimpy “few bites” provider. He gave the 5,000 all they wanted with food left over. Philippians 4:19 assures us, “And my God will supply all your needs according to his riches in glory in Christ Jesus” (CSB). He will provide for us with abundance, not small bites.

Thank You, Lord, for providing my every need. Like David, I can declare, “I have been young, and now am old; yet have I not seen the righteous forsaken, nor his seed begging bread” (Psalm 37:25).

On Assignment — For Him 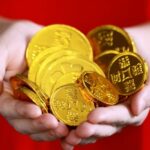