“You have planted much but harvest little. You eat but are not satisfied. You drink but are still thirsty. You put on clothes but cannot keep warm. Your wages disappear as though you were putting them in pockets filled with holes! This is what the LORD of Heaven’s Armies says: Look at what’s happening to you!” (Haggai 1:6-7, New Living Translation).

Haggai is a tiny Old Testament book with a big message: get your priorities right. It’s a message we need just as much today as the people of Israel did then. It’s all about learning the importance of putting first things first.

To recap the setting of Haggai, the people of Israel had been captives in Babylon for seventy years. Persian King Cyrus decreed they could return home and rebuild their Temple in Jerusalem (Ezra 1:1-3). Approximately 50,000 exiles accepted his offer and made their way home. Two years later (Ezra 3:11), we find them rejoicing because the foundation of the house of the Lord was laid. But then the work ceased (Ezra 4:24). By the time Haggai begins his ministry, approximately sixteen years have passed, and the Temple is still unbuilt. What happened?

The people’s priorities had shifted.

They became self-centered rather than God-centered. It wasn’t wrong for them to build houses to live in, but it was wrong to ignore God’s house. They became wrapped up in their own desires to the exclusion of what God had asked them to do. Even worse, they made excuses. “The people are saying, ‘The time has not yet come to rebuild the house of the LORD’” (Haggai 1:2, New Living Translation). But there were consequences to their selfish priorities. Their harvests were failing, they lacked necessities, and their money was disappearing. Haggai told them it was time to wake up and get busy.

It was time to put first things first.

None of the things mentioned above are sinful within themselves. It isn’t wrong to take your kids to the mall or to spend time on a hobby. It isn’t wrong to enjoy an evening out with your spouse or friends.  These things only become wrong when they replace God at the top of our list.

Matthew 6:33 says it best. God blesses those who put Him first.

“But seek first the kingdom of God and His righteousness, and all these things shall be added to you.”

Prayer: Lord, help me to examine my priorities to make sure I am placing you at the top. Forgive me for the times I’ve become so wrapped up in the busyness of life and my personal desires that I’ve forgotten what is most important—You. I want to seek You and Your kingdom above all else. 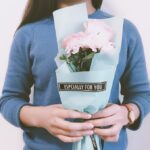 The Language of Kindness