Have you ever had one of those days when you’re feeling all the emotions?

One evening, as I was walking my dog, I felt my emotions rising to the surface. They had been simmering within me for a while. Disappointment. Discouragement. Worry. Anger.

Eventually, it got to the point where I couldn’t hold my feelings in any longer. I ended up verbally vomiting out my frustration and anger to God.

It’s hard enough for me to admit my emotions to myself, and here I was spitting them out to God. The entire time, I was thinking, Oh man, God’s going to be so disappointed with me. I shouldn’t doubt Him. Of course He knows what He’s doing.

Twenty minutes into the walk, I was done releasing. I had opened my heart and spilled everything out before God. What would He do now? Would He be angry? Would He be silent?

No, my loving Father spoke to my hurting soul. I turned a street bend and suddenly saw the bright full moon in the sky and the stars twinkling around it. I heard God’s voice: “I spoke those into existence.”

With that simple statement, God reminded me of who He is. It was the epitome of a Psalm 8:3-4 moment:

“When I look at the night sky and see the work of Your fingers — the moon and the stars you set in place — what are mere mortals that you should think about them, human beings that you should care for them?”

That same God who spoke the moon and starts into existence cares about me and guides my steps. Of course He has a plan for my life.

But a little later in my walk, I couldn’t see the moon anymore. Trees obscured it, hiding its bright light. God spoke to me again: “The moon is still there. You don’t doubt it’s still shining in the sky, even when you can’t see it.”

Sometimes we forget that even if we can’t see what He’s doing, He’s still working. We think that because we can’t see things changing, He must not be moving. But He has already written the stories of our lives, and He’s working them out as we follow Him (Psalm 139:16). It’s just that we, as finite beings, can’t see what He sees as the infinite God. And that’s when we have to trust Him.

One of the things I so appreciate about God is He lets us be real. When you read the Scriptures, especially Psalms, you’ll see a range of human emotions. In Psalm 89, Ethan the Ezrahite felt disgraced and mocked, even as He testified of all God had done. Asaph asked when God was going to show up in Psalm 80. The descendants of Korah felt forgotten by God in Psalm 88. David revealed his guilt and shame in Psalm 51.

These were real humans, grappling with real emotions. They couldn’t always see God’s hand at work, but they knew He was still working. Yes, they struggled. But instead of repressing their feelings and dealing with them alone, they brought them before God.

And then there was Jesus in the Garden of Gethsemane.

“He told [Peter, James and John], ‘My soul is crushed with grief to the point of death. Stay here and keep watch with me.’ He went on a little farther and bowed with His face to the ground, praying, ‘My Father! If it is possible, let this cup of suffering be taken away from me. Yet I want Your will to be done, not mine.'” (Matthew 26:38-39 NLT)

This was God in human form, feeling all the feels, baring His soul. He didn’t keep His agony to Himself. He released it to His Father. He didn’t allow His human emotions to dictate His purpose and calling. He cried out to God and submitted to His will, understanding that the eternal purpose of His life was greater than the temporary shame and pain.

“Give your burdens to the Lord, and He will take care of you. He will not permit the godly to slip and fall.” (Psalm 55:22 NLT)

Jen English is a full-time technology editor who loves to write. She is a Sunday School teacher and member of the worship team at her local church. Her other interests include black coffee, basketball, photography, and the New England Patriots. You can follow Jen on her personal blog: https://jensrandommusings.wordpress.com 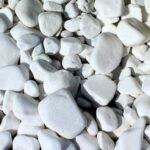 When He Whispers My Name

He Cares For You