Jesus had spent a busy day, teaching the multitudes in parables, and later explaining these parables to His disciples. Now he was tired and so He suggested that they go across the Sea of Galilee to the other side. He lay down in the back part of the boat and went to sleep. No doubt the disciples were talking among themselves about the stories Jesus had told and what they meant.

They woke Jesus, questioning Him as to why He was not concerned. “Do you not care if we perish?” Jesus answered them, “Why are ye so fearful?” Then doing what He did best, He arose and rebuked the wind and the sea immediately became calm. But they were still fearful, marveling what manner of man Jesus was that even the winds and sea obeyed Him.

Jesus has told us He will never leave us nor forsake us. We are His children and He has promised to keep us during our time here on earth and then take us one day to Heaven to be with Him for eternity. He has said He will supply our every need and watch over us every step of the way.

There will be storms along the way but remember who is in the boat with us. The Master of the storm knows what is going on. He is aware of our circumstances even before we are. Sometimes He waits until we get desperate and cry out to Him. He wants us to bring all our fears and concerns to Him. He knows all about the storm, and He also knows what lessons we need to learn from it. But, oh how what a change when He speaks to us and calms our fears. We know that He is in control and that He is working all things for our good.

“With Christ in our vessel, we can smile at the storm.” Is the Master of the wind in your boat today? You may think He doesn’t care, but He is not asleep, He is just waiting for you to call out to Him, and He will arise, still the storm and give you peace in your heart.

Prayer: Jesus you are the master of the wind, the maker of the rain. You can calm the storm and make the sun shine again. Thank you for the way you calm our fears and give us peace. 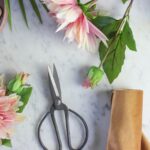